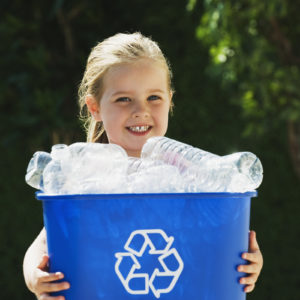 Some municipalities across the U.S. are struggling to sustain recycling programs that maximize the materials that can be placed in curbside bins. From New York to Washington state, Alabama to Utah, Arkansas to Arizona, and numerous points in between, localities have weighed trimming back recycling efforts, underscoring broad-based dysfunction.

“The roiling of global markets for recycled material, municipal budget cuts, and in some places, significant underinvestment in recycling infrastructure mean we are facing a critical juncture for recycling in the United States,” said the Recycling Leadership Council in a report released earlier this year. “The system isn’t working as it should, with greater volumes of plastic and packaging lost to landfills, wasting valuable resources, or worse, leaking plastics into the environment.”

A coalition of industry groups, the council is calling for strong federal leadership to address the range of recycling issues.

One essential element for any federal fix must be to develop robust domestic markets for recyclables.

“This means improving the technology for sorting and recovering materials, incorporating more recycled material into products, getting these products into the marketplace, and creating demand for them,” said a Columbia University study from last year.

That’s the approach the U.S. food and beverage carton industry took in what serves as a case study for policymakers searching for solutions.

In 2009, regional materials recovery facilities, or MRFs, were reluctant to accept cartons for recycling. MRFs are the sorting centers at the local level that separate discarded materials, bundle them, and sell them on as valuable feedstock to manufacturers.

Some MRF operators complained at the time the carton volume was too low to recycle efficiently, that it was too difficult to sort the cartons from other recyclables, or that an insufficient end market existed for the materials in recycled cartons. So MRFs didn’t have sufficient capacity to include cartons in recycling programs, and thus too many cartons were ending up in landfills. As an industry, carton manufacturers banded together to invest millions of dollars in improving MRFs – providing them new technologies that allowed sorting machines to better process cartons, thus creating a larger supply of the recycled cartons.

On the demand side, carton manufacturers shifted attention to developing domestic markets for used cartons.

The fiber inside the cartons is highly valued for use in an array of products such as tissue, paper towels, and paper. The carton industry worked with the paper stock industry to define a grading system for cartons. Establishing the grading system helped spur demand for recycled cartons among U.S. paper mills.

The results are impressive. In 2008, only about 18 percent of U.S. households had access to carton recycling. But by 2014, after the teaming of the carton and recycling industries, that had grown to 50 percent of U.S. households, as noted in a University of Michigan assessment. Today, the figure tops 60 percent. Local communities are increasingly requiring that MRFs include cartons in their list of items when they bid for contracts, thus continuing to put upward pressure on carton recycling rates at the curb.

With Congress now debating measures to green the economy, mitigate climate risk, and improve the nation’s infrastructure, fixing recycling should be top of the list. The success of carton recycling can serve as a guidepost.

Jeffrey Fielkow is president and CEO of Tetra Pak U.S. and Canada, which is based in Denton, Texas. He wrote this for InsideSources.com.