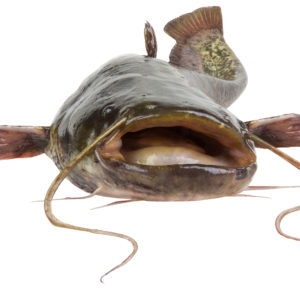 The U.S. Senate recently voted to block a rule transferring the regulation of catfish processing plants from the Food and Drug Administration to the U.S. Department of Agriculture. This rule may sound like an arcane turf war, but the regulation is a poster child for the need to reform the federal legislative and regulatory processes. It also shows the power of special interest groups.

The inspection transfer was mandated by an amendment tacked onto the 2008 Farm Bill without any committee hearing, floor debate, or scientific finding. The regulation itself accompanied a misleading USDA analysis that claimed the regulation would prevent more salmonella illnesses than have ever been linked to catfish. Yet this is hardly an isolated example of a regulation that addresses a nonexistent or poorly understood problem in order to protect favored businesses from competition.

A risk assessment conducted during development of the regulation noted that there was only one salmonella outbreak that might have been due to catfish in the previous 20 years. This is no surprise, since catfish is cooked before it is eaten, and cooking kills salmonella.

The U.S. Government Accountability Office (GAO), an investigative arm of Congress, concluded that the new catfish regulation “would result in duplication of federal programs and cost taxpayers millions of dollars annually without enhancing the safety of catfish intended for human consumption.” Unfortunately, the GAO’s assessment was published after Congress passed the law.

When the USDA issued the regulation, it could have tried to set the record straight by honestly reporting that there really isn’t a significant problem. That information would have been useful to Congress in debating whether to veto the regulation.

Instead, the USDA cooked up a justification for expanding its own turf by assuming without evidence that salmonella occurs in catfish as frequently as it occurs in chicken. The USDA claimed that there are 2,400 cases of salmonella associated with catfish each year—more than 10 times the number of cases the Food and Drug Administration says come from all fish combined!

This isn’t the first time Congress has passed protectionist legislation to benefit the domestic catfish industry. Did you ever wonder why inexpensive imported catfish disappeared from supermarkets in the early 2000s? The 2002 farm bill declared that only the species of catfish raised in six southern states can be labeled “catfish” in the supermarket. The American catfish’s foreign cousin, pangasius, is now marketed as basa, swai, or tra. The amendment that redefined catfish was passed in the middle of the night in the Senate with no debate.

So a pangasius cannot be called a “catfish” on the label, but it’s close enough to “catfish” to require inspection. These apparently contradictory decisions have one thing in common: They both protect domestic catfish producers from foreign competition.

Both Congress and the USDA decided to regulate with reckless disregard for the facts. Lawmakers could correct this error by passing a new law that nullifies the regulation, but the law cannot take effect unless it is signed by President Obama, whose administration wrote the regulation.

A more effective approach would be to reform the congressional and regulatory processes to prevent these kinds of uninformed decisions in the first place.

Congress could revise its own procedures to prevent consideration of regulatory legislation unless the GAO or some other analytical agency has determined that a real problem exists that the regulation could solve. And regulatory agencies should be required to produce honest assessments of the problems they seek to solve, using the best available evidence. Agency analysis should be subject to judicial review to ensure that agencies cannot doctor the evidence.

Such reforms won’t prevent every fishy regulation that protects favored businesses, but at least more regulations would pass the smell test.

Jerry Ellig is a senior research fellow with the Mercatus Center at George Mason University.