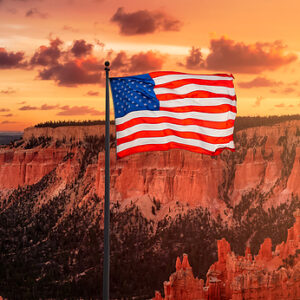 A desire for better outcomes is a defining characteristic of the American experience. We can humbly acknowledge our imperfections while striving for excellence across America’s social, industrial and environmental standing. That desire is especially apparent in advances to energy production and the ever-shrinking environmental footprint of an industry representative of economic growth, human flourishing and sustained environmental progress.

This Earth Day, let’s strive to focus on the true story of America’s environmental experience. And also celebrate our innumerable successes. While some will predictably call for top-down, costly regulations coupled with alarmist rhetoric, America’s environmental story is one of utmost celebration. It reflects innovation, thoughtful leadership, competition, a strive toward efficiency and evolving science.

Our air is the cleanest on record. Since 1970 the Environmental Protection Agency has carefully measured the presence of six common air pollutants and to date, we have cut those emissions by 78 percent. The driver of this success is the concept of cooperative federalism whereby the EPA works alongside air quality experts at the state and local level while building constructive partnerships with industry stakeholders.

When it comes to water, the United States is a global leader in access to clean drinking water and continues to address modern water challenges head on. In 2020, we updated a range of programs to get lead out of drinking water with a special focus on schools, daycares and rural communities.

The United States continues to lead the way in cutting marine litter and plastic waste by working with local communities to shore up waste management practices. Given that more than 60 percent of marine litter originates from six Asian countries, the United States has also built more than 50 international partnerships to share relevant knowledge and expertise.

Today, more land — public and private — is conserved and stewarded for recreational and commercial purposes, respectively. Balanced use has propelled our nation to economic prosperity while upholding reverence for natural resources and wild spaces. Private landowners are greatly incentivized to maintain their livelihoods but create an environment where coexistence with nature is possible. And despite claims of only 12 percent of waters and lands being protected, the United States already has 40 percent of federal public waters and lands protected.

Our biodiversity is equally enviable. More keystone species — including the American bald eagle, grizzly bear and gray wolf — have fully recovered after facing near extinction last century. The Endangered Species Act of 1973 has largely succeeded in preventing extinction 100 percent of the time, but could be better used to recover more than 2-3 percent of listed endangered or threatened species.

Notably, this success was largely achieved by advancements in hydraulic fracturing, the resulting growth of natural gas use in our nation’s energy mix and broader adoption of modern emissions-control technologies by our industrial operators. Thus proving the point that climate change is not something to fear, but rather a complex problem that deserves a constructive and balanced policy response of which the U.S. continues to pursue.

The decades of U.S. environmental progress have proved that maintaining a robust economy and adhering to quality environmental standards aren’t mutually exclusive. Those who desire to sacrifice the former for the latter are on the losing side of history. Today’s environmental discussion is too often distracted with such false choices and extreme world-ending rhetoric about modern climate change that is removed from both reality and scientific fact.

At the heart of this success is an overarching commitment to true conservation, not constrictive preservationist policies. As a country, we strive to do more with less and support continued innovation, which has enabled us to emerge as global leaders on this front. Accordingly, we must push back against efforts to politicize environmental missions and reject policies that aim to prohibit politically disfavored technologies or shift investment away from politically disfavored stakeholders.

While the U.S. environmental path is far from perfect, it’s well on its way. And our model is the envy of the world. Whether you’re finding your park, fishing your local stream, or creating products as an enviropreneur, let’s celebrate our achievements this Earth Day.

Mandy Gunasekara is the former chief of staff at the Environmental Protection Administration and is a visiting fellow with the Independent Women’s Forum. She wrote this for InsideSources.com.

Gabriella Hoffman is an award-winning outdoor writer and a visiting fellow with the Independent Women’s Forum. She wrote this for InsideSources.com.