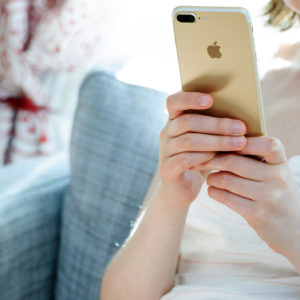 Cell Phone Users Have a Right to Know

For better or worse, cell phones have become an indispensable part of most Americans’ everyday lives. In recent polls, about half the country said they couldn’t imagine living without their phones. In one pocket-sized package, phones have become our navigators, photo albums, video cameras, music libraries, organizers, and the way we stay connected to our friends and loved ones. For most, our cell phones are an indispensable part of our businesses and private lives. They are also not a small investment for consumers, who now often pay as much for a phone as they would for a laptop computer.

Because cell phones are such important consumer products, it is important that consumers are not being taken advantage of by the shrinking number of companies who supply us with these critical devices. And when I look at the recent reports of actions taken by Apple – the company that is profiting the most from these devices – there is a strong case to be made that consumers are being harmed.

As a former New York Attorney General, I appreciate fully the powerful investigative tools that state attorneys general have to address consumer harm. Cliché or not, knowledge is power, especially when it comes to the purchase of high-tech devices where a consumer is making a selection of one brand over another, or has emotional allegiances to a favorite brand. Consumers are harmed if information about these brands is deceptive or misleading. That is especially so when purchasing one brand or another locks consumers into a platform that is not easily changed.

It is against this backdrop that Qualcomm, a supplier of chips and technology for the iPhone 7, has sued Apple in a California case claiming that Apple chose not to utilize the full capabilities of the chips supplied by Qualcomm. According to this lawsuit, Apple did so in order to “create artificial parity” between the faster Qualcomm chip and slower chips produced by another company that Apple also wanted to use in the iPhone. It is alleged that Apple secretly took these steps and then threatened Qualcomm not to disclose what Apple had done. Apple may decide to sell consumers phones that are not as fast as they could be. But what Apple doesn’t have the right to do is to mislead consumers about the performance of its products.

The problem arises because, even slowed, iPhones with the Qualcomm chip still perform faster than other iPhones, and as claimed in the lawsuit, Apple assured consumers that there was “no discernible difference” in the performance of iPhones with Qualcomm chips and iPhones with the other chips. In fact, third-party studies show that the Qualcomm chips have downloading capacity fully one-third faster than the other chips, up to 600 megabits per second as opposed to the competitor chip’s slower speed of up to 450 megabits per second.

That means, contrary to Apple’s assurance, that there is a disparity in performance between the two classes of iPhone 7 in consumers’ hands today. And consumers have figured this out, as evidenced by a thriving resale market over the internet in which sellers actively advertise their used iPhones as having the faster Qualcomm chip.

So, as a former attorney general, I think that AGs across the country should have questions about Apple’s marketing practices and the information it provides to consumers. If information is kept from consumers, how are they expected to make an informed choice between an iPhone 7 and an Android phone? For those consumers who would choose iPhones every time, how on earth would they be expected to know whether they purchased the faster iPhone 7 or the slower one? And, if armed with that knowledge, what iPhone 7 consumer in her right mind would pick the slower iPhone 7 at the same high price point?

I will leave it to the two major companies and their armies of lawyers involved in the case to duke it out in court, but I am concerned about who is looking out for the consumer here? The answer thus far is nobody! Most, if not all, states have significant numbers of consumers who have purchased the iPhone 7 without knowing whether they were buying the faster or slower iPhone 7. Every state has consumer protection laws to ensure that the consumer is not being misled or deceived. The allegations surrounding this issue seem compelling enough to warrant a full inquiry by attorneys general in each of those states.