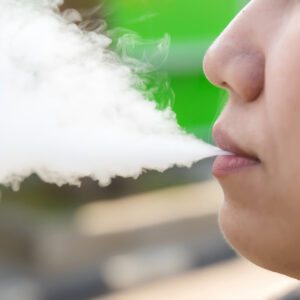 Despite the Food and Drug Administration being a failure to public health, federal lawmakers continue to give the agency more authority to eliminate what is left of the American mom-and-pop vape industry.

On March 15, President Biden signed an omnibus budget bill. Jammed in the 2,700-plus page budget bill was an amendment allowing the FDA to regulate synthetic nicotine as a tobacco product. While congressman Frank Pallone, D-N.J., claims that this is a “big win for public health,” it’s actually a big win for the largest companies and the FDA’s Center for Tobacco Products (CTP).

The FDA was given authority to regulate tobacco products under the 2009 Family Smoking Prevention and Tobacco Control Act, which established the CTP.

CTP is also the agency responsible for determining the fate of vapor products — which it overwhelmingly denied last year when the agency issued marketing denial orders for nearly1 million flavored vapor products.

Per FDA-requirements, all of these manufacturers had to have been on the market prior to August 8, 2016 — or two years before the then-surgeon general declared a so-called “youth vaping epidemic.”

And, unfortunately, due to the massive amount of denial orders, established businesses were forced by the federal government to seek a workaround to help offer safer alternatives to combustible cigarettes. The FDA was aware of this possibility when it first sought comments for the 2016 deeming regulations. One comment to the agency remarked that while, at the time, most nicotine was derived from tobacco sources, it was still “possible to (but not yet cost effective) to produce synthetic nicotine.”

Perhaps Congress is also unaware that prohibiting synthetic nicotine will permit only a few large companies to manufacture e-cigarette products in the United States, despite consumers (and small mom-and-pop businesses) modernizing and providing innovation in the current e-cigarette market.

In 2014, two years before the FDA’s deeming regulations, there were 466 brands of e-cigarettes. This is long before the modern USB-looking devices such as JUUL and Puff Bar. The market consisted largely of open systems that were overwhelmingly used by adults. And, prior to the FDA deeming regulations, small companies could innovate their products to appeal to adult consumers and current and former smokers.

Unfortunately, due to new FDA authority over synthetic nicotine, all of those innovations and health gains are gone and the only vapor products remaining are from big tobacco companies.

Despite the rhetoric, vapor products are significantly less harmful. The Royal College of Physicians has found e-cigarettes“unlikely to exceed 5 percent” of the harm that is caused by smoking. The RCP is the same public health body that established a link between cancer and smoking in 1962  — or two years before the U.S. surgeon general’s landmark reporton smoking. Why are American public health agencies ignoring the RCP on vaping?

Moreover, the independent vapor industry is an economic boon to the United States. In 2021, the industry provided more than 66,000 jobs, creating more than $2.7 billion in wages and contributed more than $4.7 billion in state and federal taxes. All of this could be vaporized by the FDA in the coming months.

But perhaps most alarming is that Congress has allowed an agency that is funded by cigarette smokers to have total authority over whether to authorize tobacco harm reduction products, which could eliminate smoking.

Maybe more government control is the real goal of American public health and Congress. Congressman Pallone’s home state of New Jersey is notorious for using tobacco money for everything but public health. In 2003, the state borrowed $1 billion against its share of the tobacco Master Settlement Agreement “to offset the state debt.” In 2014, to refinance those tobacco payments and “pocket $92 million immediately,” it sold future revenues of approximately $400 million in future tobacco settlement payments. In 2018, as there were fewer smokers, the state was forced to refinance the bonds, again.

A push to regulate synthetic nicotine will help preserve smokers and limit the vaping industry to only the largest companies.