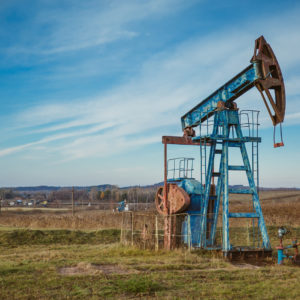 How the World Energy Marketplace Is Changing

For conservative politics nerds, the recent CPAC is the conference for the year. For those interested in energy, the event of the year goes by a different acronym: CERAWeek. Held annually for more than thirty years, the event has become a prime venue for business leaders and government officials to discuss the future of the energy and technology industries. Described as “the premier annual international gathering of energy industry leaders, experts, government officials and policymakers,” the speaker list includes Alexander Novak, the Russian minister of Energy, Darren Woods, chairman and CEO of ExxonMobil, and Justin Trudeau, prime minister of Canada. This year’s conference emphasized just how much world energy production has changed in the last year.

Low oil prices were a concern for all participants. How they chose to address the issue showed that significant changes are coming to the industry. For decades, OPEC and other oil producing countries attempted to help their bottom lines by cutting world energy production when oil prices fell too low. Now, not all world energy producers share that philosophy.

Today, OPEC is desperate to cut the supply of oil in order to stabilize plummeting prices. An agreement between OPEC and eleven other countries in December cut combined production by about 1.8 million barrels a day, helping to raise plummeting prices. In a surprising turn of events, American producers were included in the discussion for the first time.

OPEC Secretary-General Mohammad Sanusi Barkindo said that he had not only spoken to Russia, he included U.S. shale producers in the discussions, as well. However, OPEC’s ability to dramatically change prices has diminished. It now controls only about a third of world oil production.

“We can’t do what we did in the ’80s and ’90s by swinging millions of barrels to respond to market conditions,” said Saudi Arabian Oil Minister Khalid Al-Falih.

OPEC is finding that American producers are less willing to keep wells idle to raise prices. Representatives of American oil producers shared Al-Falih’s pain over low prices, but described how their companies responded by developing new technology, which lowered the cost of production. American operators described how reducing costs allowed them to remains profitable even at lower prices.

The result is a split among suppliers. OPEC is hoping that other major exporters will join it in cutting production by 1.2 million barrels per day. At the same time, representatives of American companies spoke hopefully of their new investment plans.

“Hydraulic fracturing has opened up a whole new energy future for the United States, and potential for many other countries,” said Exxon CEO Darren Woods. “An upstream technology breakthrough has led to a downstream manufacturing renaissance. It has created new manufacturing jobs, investment and exports.”

At the conference, Woods announced that Exxon was beginning a 10-year, $20 billion program to expand its operations in the Gulf of Mexico. According to the CERAWeek speakers, Exxon believes that it can make these new fields profitable, even with low prices. They were also encouraged by the Trump administration’s support for domestic energy production.

“Private sector investment is enhanced by this Administration’s support for smart regulations that support growth while protecting the environment,” said Woods said in a statement.

Domestic energy producers have good reason to be encouraged. So far, regulators have approved numerous energy infrastructure projects in 2017.

The conference began the same day that the Federal Energy Regulatory Commission issued certificates to seven natural gas pipelines. FERC oversees interstate natural gas transmission, regulating interstate transportation rates and services for natural gas pipelines, pipeline construction, and environmental matters. Certification of proposed pipelines is one of the early steps towards pipeline construction and the commission stresses that the pipelines that received certificates in 2017 will not necessarily be in operation by the end of the year.

The approved projects include the Atlantic Sunrise pipeline in New England, the Rover Pipeline in Pennsylvania, New York, and Ohio, and the Rayne Express pipeline, running through southern Appalachia to Texas.

“The seven projects certificated during the first few weeks of 2017 include more than 1,500 miles of natural gas pipeline construction and expansions, involving combined additions of more than 7 billion cubic feet per day of capacity,” the statement continued. “The pipeline projects are concentrated in the eastern half of the United States to improve access to markets for growing eastern natural gas production, and they have projected 2017 and 2018 in-service dates.”

Despite OPEC’s hopes of cuts in world energy production, it seems that, at least in the U.S., all signs are drill.