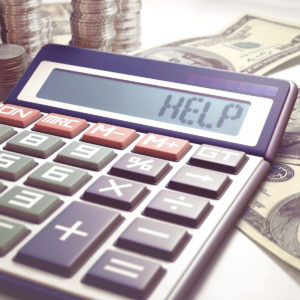 Is there a loan crisis brewing in energy efficiency? According to the Consumer Financial Protection Bureau (CFPB), one may already be here in the form of the Property Assessed Clean Energy (PACE) program. Local governments set up PACE loans to encourage homeowners to invest in improvements to their homes’ energy efficiency, including the installation of solar panels. However, PACE loans avoid many of the protections of traditional home improvement loans, something that is raising red flags in Congress.

PACE loans are structured very differently from traditional home improvement loans. Though initially authorized by local governments, the loans are offered to homeowners by private contractors. The loans are secured by a property tax lien and payments made toward the balance of the loans are collected annually at the same time as property taxes — something which can surprise borrowers at tax time.

The program was first started in California about a decade ago. The industry defends PACE loans as an effective means of financing energy efficiency upgrades to homes. According to PACE Nation, a national non-profit advocating for the program, PACE financing has allowed more than 220,000 American homeowners to upgrade their homes and save energy. Over a period of seven years (2010-2017), PACE loans helped to finance $5.17 billion worth of improvement projects. Now some of those bills are coming due, and members of both parties are worrying that the program takes advantage of borrowers who may not understand the terms of the loan, or be able to pay it back.

In December, the Department of Housing and Urban Development announced that the Federal Housing Administration would no longer insure mortgages for homes with liens under the PACE program because of the increased risk of default.

The CFPB worries that the program lacks many of the financial safeguards that traditional loans include, including the ability to repay requirements and additional protections against high cost and high-interest rate loans. (Interest rates for PACE loans generally range between 6 percent and 9 percent on balances that average around $25,000).

Payments to PACE loans are tacked on to a homeowner’s income tax lien, something that can easily add thousands of dollars to their tax bill. The loans are also tied to the property itself and can be passed along if the property is sold. For proponents of the program, this is seen as a benefit, since homeowners who planned to move soon might be wary of installing a system that would take a decade or more to pay off.

The lack of consumer protections has led members of Congress from both parties to push the CFPB to strengthen oversight of the program.

“Predatory lenders have tricked seniors and other vulnerable citizens into taking out high-interest loans for green-energy appliances using their homes as collateral. In some cases, these loans have squeezed Americans to the point of foreclosure, robbing them of the very homes they sought to improve,” said Sen. Cotton.

The new rules being considered by the CFPB would bring this unusual program more in line with traditional mortgages and home equity loans. The board has issued a notice of proposed rulemaking, starting a sixty-day comment period, after which it will begin to develop the new rules.

The push for reform isn’t entirely a surprise. In 2017, the California legislature passed a series of reforms to the state’s PACE program, including a requirement that lenders check a potential borrower’s income and debt obligations to verify their ability to repay the loan. The CFBP is exploring similar reforms at the federal level.