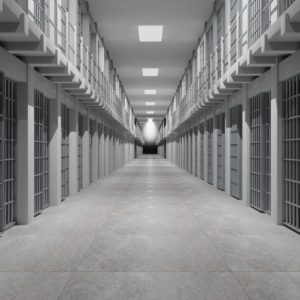 Challenging the ‘Life Sentence’ of Unemployment Upon Re-Entry

Posted to Politics January 04, 2018 by Arthur Rizer and Rachel Liebman

It’s time to address one of the most common collateral consequences following individuals with criminal history records. Long after they have served their prison sentences, any sentence for criminal activity will, for many, ultimately become a life sentence of under- or unemployment. That destructive cycle needs to change, and businesses have a big role to play.

Many of these consequences are explicit and statutory, such as the laws and other regulations that formally bar individuals with criminal records from entering many segments of the workforce. Other effects are more subtle but very widespread, such as the millions of resumes tossed into garbage cans when an applicant’s past criminal history is revealed through self-reporting or background checks.

We cannot afford to toss aside this vast human potential. Today, nearly one-third of Americans have some type of criminal record. Roughly 95 percent of those currently incarcerated will eventually be released. Put another way, nearly 2.2 million of the 2.3 million Americans currently behind bars will be released at some point. These millions of former inmates will hit the streets of a country that has, for the most part, locked them out of economic opportunities, consigning many to a cycle of homelessness, crime and poverty.

The data on re-entry bear this out: nearly 60 percent of formerly incarcerated individuals are unemployed a year after their release. Those who do find employment are paid an average of 40 percent less than those without a criminal record. This contributes to a vicious circle, as the ability to get and keep a job is one of the greatest factors in determining successful re-entry. One study in Florida found that helping inmates receive a vocational certificate reduced recidivism by 17 percent.

The barriers to employment often seem insurmountable. State and local entities that issue professional licenses effectively block many formerly incarcerated individuals from taking on even those jobs that pose no public safety concern. It’s a huge roadblock: professional licenses are required for nearly one in three U.S. jobs today.

Meanwhile, employers who indiscriminately use biometric information — such as fingerprints and name-based background checks — often fail to account for inaccurate, outdated or missing information, mitigating factors associated with an offense, the age at which the offense was committed and the amount of time passed since the offense. Statistics illustrate that over time, the likelihood one will re-offend dramatically decreases, a concept known as the age-crime curve.

But there is hope for a better path. Although the data are limited, existing evidence about the job performance of the formerly incarcerated is encouraging. The data from Evolv, which researches workforce statistics, found people convicted of a crime, who represented 13 percent of the hourly workers in Evolv’s database, were slightly more productive than those with no criminal record at all.

In addition, businesses that hire people with criminal records note their loyalty and drive to do better. Higher retention rates and lower levels of employee turnover also save employers almost one-fifth of a typical employee’s salary per year.

After the passage of Proposition 47 in California, Uber and Lyft conducted updated background checks to reflect many applicants’ felonies dropping to misdemeanors. This allowed more than 3,300 additional Californians to earn a living.

Nationally, the “ban the box” movement — pressing for removal of the criminal conviction box on employment applications — has started to gain momentum. Twenty-nine states and 150 jurisdictions have implemented ban-the-box policies that delay employers — in most cases, just public employers — from asking about criminal convictions until a conditional offer of employment has been extended.

There is a huge opportunity for employers to make a difference in their communities. Employers can help reform our criminal justice system by asking themselves: Will this applicant safely fulfill the duties associated with the position? If a person has a criminal record, employers should verify the accuracy of that record, use it as only one of several tools to consider the applicant and only disqualify those applicants whose offense threatens public safety or consumers.

While public and civil service jobs at the local, state and federal level have stringent requirements, employers in the private sector have more leeway about what to include, and not to include, when considering whom to hire. Businesses without government funding have more options when searching for employees: firms can decide whether to run a criminal background check, and they can take additional mitigating information into account.

In a strong economy, there should be room for everyone who wants to and can contribute work and talent. Restrictive mandates should be reserved for a small subset of situations where there is a demonstrated public safety risk that cannot effectively be addressed otherwise. No one who has served their time should be expected to automatically serve a “life sentence” of unemployment.

Arthur Rizer is a senior fellow and the director for criminal justice and national security at the R Street Institute. Rachel Liebman is a program associate at Impact Justice.