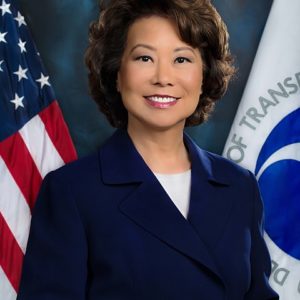 Chao Should Back Down in Fight With FCC Over 5.9 GHz Spectrum Reallocation

U.S. Department of Transportation (DOT) Secretary Elaine Chao has gone on the offensive in a series of January speeches calling on the Federal Communications Commission (FCC) to call off a plan that would reallocate spectrum for Wi-Fi use that is now dedicated to Dedicated Short Range Communications (DSRC).

But Chao’s argument is misguided. Since the FCC in 1999 reallocated 75 megahertz of spectrum in the 5.9 GHz band for use in DSRC — a technology designed to allow car-to-car communications and help prevent accidents — it has been woefully underused by DOT and many car manufactures have adopted alternative technologies.

In addition, the growth of 5G is expected to improve such safety measures by leaps and bounds without the need for the 5.9 GHz spectrum.

The FCC’s proposal, pushed by Chairman Ajit Pai, would still leave 30MHz of the spectrum for car-safety technology (primarily the new C-V2X) while repurposing 45 MHz for Wi-Fi to help support the fast-growing demand due to smart phones and mobile services. The FCC’s measure received rare bipartisan support with the Commission voting 5-0 to move forward with the plan.

Chao sent Pai a letter in November that argued the FCC plan “jeopardizes the significant transportation safety benefits that the allocation of this band was meant to foster.”

FCC commissioners Jessica Rosenworcel, a Democrat, and Michael O’Rielly, a Republican, issued a joint statement in 2016 that praised a plan that allowed the FCC to conduct tests to prove the spectrum can be shared without causing interference with safety signals. They noted that while improving automobile safety is an important goal, technology has changed dramatically since the 5.9 GHz spectrum was set aside for DSRC.

Those two commissioners noted the potential for interference was dramatically reduced by technological advances. The advancement in the past 20 years also better enables spectrum sharing, allowing the FCC to explore unlicensed opportunities in the 5.9 GHz band without causing harmful interference to car-safety functions.

Rosenworcel pointed out the number of devices that could use Wi-Fi is expected to grow from 9 billion to 50 billion over the next decade. Meanwhile, the National Transportation Safety Board has said it could be 30 years before the majority of manufactured vehicles will have DSRC capability.

“This valuable mid-band spectrum is largely lying fallow, and it has been so for two decades now — just as the internet has gone from dial-up modems to gigabit Wi-Fi,” Pai said last year.

The move has the blessing of an ad-hoc group of companies including Google, Comcast and Microsoft (called WiFi Forward) which released a statement last week calling the FCC proposal a “win-win, providing airwaves for wireless broadband and innovative automotive safety applications in a way that has garnered broad bipartisan and cross-industry support.”

An FCC spokesperson told Axios the commission’s plan offers a balanced approach and criticized Chao for her continued berating of the reallocation proposal.

“We would encourage the Department of Transportation to contribute productively to this important discussion rather than devoting its efforts to defending the failed status quo,” the spokesperson said.

Chao announced at the annual meeting of the Transportation Research Board in January a plan to invest up to $38 million for the First Responder Safety Technology Pilot Program that would use the 5.9 GHz band to equip emergency response vehicles with vehicle-to-everything (V2X) communication technology.

Interestingly, this announcement came one month after the FCC voted unanimously to move forward with its reallocation plan. It was Chao’s first announced new use of the 5.9 GHz band since she was appointed to the position by President Trump in January 2017.

It’s time for Chao to allow the FCC to move forward with its 5.9 GHz reallocation plan. Plenty of spectrum will be set aside for car-safety technology under the proposal and 5G advancement will soon increase the ability of cars to talk to one another, making today’s concerns obsolete in the near future.