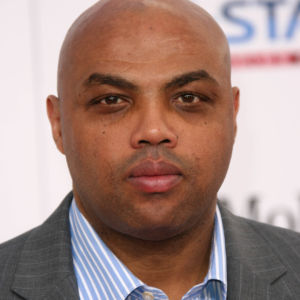 Last week, Charles Barkley, the often brusque Hall of Fame basketball player turned NBA television analyst and nouveau talk-show host, riled up a church group of black folk as only Charles Barkley can. He ended up in an angry standoff with black women whose sons had been shot and killed by Maryland police.

The episode began as part of Barkley’s new television show called “The Race Card.” The show features Barkley as a roving reporter/provocateur/no-holds-barred moderator whose mission is to establish candid dialogue with various U.S. communities on touchy subjects, such as black folk and police departments’ use of force.

That, of course, is the touchiest of the touchy these days. Another touchy spot is the Temple University area and its sometimes prickly relationship with the surrounding black community. Sir Charles should revisit his former workplace city (he played for the Philadelphia 76ers from 1984 to 1992) and take notice, if he hasn’t already. Just a suggestion, but more on that later.

Barkley’s six-part program is set to air on TNT, one of CNN’s sister networks as part of Time Warner Inc., sometime next year.

Milton Kent, a former Baltimore Sun writer, was the first to chronicle the Barkley event, for The Undefeated — a new, edgy, avant-garde website sponsored by ESPN that explores the intersection of race, sports and culture.

Baltimore, of course, was the scene of ugly riots in April 2015 in the aftermath of black male Freddie Gray dying while in police custody.

In that East Baltimore church last week, Kent wrote for The Undefeated that Barkley told the audience he met with families who lost loved ones in police shootings and that he experienced ride-alongs with police in the city of major league baseball’s Orioles and the NFL’s Ravens.

Barkley, Kent wrote, said he knew that “racism exists. Always has. Always will.”

But Barkley apparently also told the audience that discrimination is more about classism than racism, saying, “America discriminates against poor people, whether you’re white, black, Hispanic, whatever. Poor people are dealt a crappy hand.”

That riled up some.

However, the heat hit lava-force proportions when Barkley expressed sympathy for police officers shot in the line of duty. Here is the exchange, as Kent reported for The Undefeated:

“Barkley criticized the audience, many of whom are community activists, saying he didn’t believe that any of them had expressed sympathy for the families of four police officers who were shot (Nov. 20) in separate incidents around the United States.

“In one case, a San Antonio detective was killed while writing a ticket following a traffic stop.

“Did anybody say, ‘Man, I feel bad for their family’? asked Barkley. “There was no love (for police) in this room.”

“When Diane Butler, the mother of Tyrone West, a local man who died after a2013 struggle with police following a traffic stop, told Barkley, ‘I don’t know you, I don’t like you,’ chiding him for empathizing with police for having to make split-second decisions, Barkley did not back down.

“I’m sorry for your loss,” said Barkley, then adding, “As far as you not liking me, it really doesn’t bother me. I’m used to it. I’m like the homecoming queen. All the ugly girls hate you. That’s part of my life. I never take anything personally.”

Barkley, Kent wrote, later wished everyone a Happy Thanksgiving, then was escorted quickly out of the room by security to the sound of jeers and jabs from audience members.

According to the National Law Enforcement Officers Memorial Fund, 61 law enforcement officers have been shot and killed this year, well ahead of last year’s 41.

As for the Temple University issue, several students were physically assaulted on or near campus as they returned from a special Friday night football game nationally televised on ESPN on Oct. 21. Some observers said the case should be termed a racial hate crime; others said it was simply dozens of teenagers who, through social media, initially gathered at a movie theater near campus for a meet-up that devolved into an out-of-control flash mob.

Fortunately, no one was killed during this ugly incident. Yes, Temple was lucky in some respects — this time.

However, the Temple situation went viral when a white parent of one of the female students attacked posted on Facebook: “I find out that her and her 2 male friends were badly beaten by a group of 30-40 black teenagers on their way home from the Temple football game … ” The incendiary word in the post, of course, is “black.”

One reader responded on Facebook with: “Notice the liberal bias media did not report this incident (as) racial!! This has happened a few times in this area!!!”

What happened at Temple apparently wasn’t an anomaly. Two years ago, some female students, who appeared to be white, were punched in the mouth and hit in the face with bricks by groups of teenage girls in multiple incidents. Surveillance video in at least one attack showed what appeared to be seven black girls who were labeled as suspects, according to a local Philadelphia TV station.

Question for the bold and bodacious Barkley: Should white parents logically allow their children to attend predominantly white universities in or near potentially hostile black neighborhoods? That’s a very legitimate issue.

Perhaps Charles should explore that question for a segment on his traveling race show.