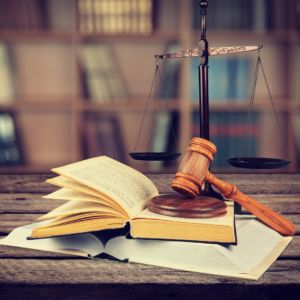 It’s boom-time for a for-profit education industry that has seen growth since the elections outpace a historically strong market. According to some experts the trend has less to do with policy changes coming out of the new administration, and more to do with the departure of an Obama administration that was openly mistrustful of for-profit higher education providers.

For one for-profit law school, leadership change in Washington may have come too late. In December, the outgoing Obama administration announced that students enrolled in Charlotte Law School would no longer be eligible for the federal government’s Direct Student Loan Program.

Charlotte Law School is a for-profit run by InfiLaw, a consortium of three law schools owned by a Chicago-based private equity firm, Sterling Partners. Despite a low bar-passage rate and poor job prospects for its students, the school is still technically accredited by the American Bar Association.

In a release, the education department said the school “made substantial misrepresentations to current and prospective students regarding the nature and extent of its accreditation and the likelihood that its graduates would pass the bar exam. Both findings merit denial of the school’s request for continued participation in the federal student aid programs.” The decision crippled the law school.

Because the federal government issues nearly all graduate school loans—and there is no cap on how much grad students can take out—hundreds of Charlotte Law students suddenly found themselves without a way to pay for spring tuition. Enrollment for this semester is down to a third of what it was at the beginning of the academic year.

Huge numbers of students have transferred amid fears that the school could close. And in the wake of the attention the school has gotten, it has emerged there was an effort designed by administrators to pay students whom they thought would fail the bar to not take the test.

The turmoil at Charlotte Law School has led the school’s alumni association to draft a letter calling for the resignation of the school’s leaders.

One frustrated Charlotte Law student also earned himself a referral for an honor code violation for the indelicate emails he sent to school officials in which he sought clarification on the school’s support for students suddenly cut off from student aid.

Charlotte Law School’s tribulations are at the forefront of a series of larger trends beleaguering law school programs nationally. During the Great Recession, students flooded to higher education in an effort to ride out a dearth of professional job opportunities.

Since the economy has rebounded, law schools across the country—including those at the top of the heap—have seen a decline in applicants, leading some to choose between lowering their admissions standards or restricting class sizes. Charlotte Law School, which is considered to be in the lowest tier of accredited J.D. programs, has enrolled students with a median 2.8 undergraduate GPA.

According to experts, many of these students have no real hope of finding sufficiently high paying jobs to pay off the over $40,000 tuition fees. Some conservative commentators have argued that the ease with which the government approves students for loans, has implicitly encouraged bottom-rung higher education institutions to enroll these students, despite the high probability they will end up defaulting on their loans.

The decision of whether to reverse the Obama-era federal aid ban to Charlotte Law School students is a difficult one for the new leadership at the Department of Education in Washington. On the one hand, conservatives have long pushed back against what they say were unfair efforts to target for-profit higher education institutions.

On the other, free-market conservatives have argued that private capital should be allowed back into the student loan market, in part to curtail the growing risk of a projected student loan bubble. Reopening access to federal aid for students attending low-performing schools like Charlotte Law School without reforming the student loan process would arguably work against that objective.

When asked if the department plans to reverse its decision on Charlotte Law School under new Education Secretary Betsy DeVos, an education department spokesperson declined to comment.

The department also declined to comment when asked if DeVos and her team would have made the same decision to strip access to federal aid for Charlotte Law students that the Obama administration made last December.

DeVos has been equally opaque in her public comments on for-profit higher education. During her confirmation hearing, in an exchange with Sen. Elizabeth Warren, D-Mass., DeVos indicated that she would likely delegate a review of for-profit higher education regulations to staff. In part because of the contentious partisanship of the confirmation hearing process, much of the top-level sub-cabinet positions at the Department of Education are still unfilled.