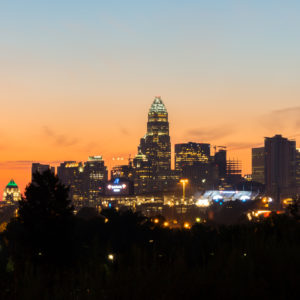 Charlotte should have known better.

The city’s mayor, Jennifer Roberts, fumbled away opportunities just as the Carolina Panthers, Charlotte’s NFL team, did in the last Super Bowl and the 2016 season-opener against the Denver Broncos.

Last week, Nick Ochsner, a television correspondent with Charlotte’s WBTV, asked her why she didn’t immediately accept additional state law-enforcement resources when they were offered. The offer apparently was made before the deadly ugliness of that city’s riots.

Here’s something to swear by: Any city with a sizeable black population is subject to becoming a Charlotte, whether U.S. citizens want to acknowledge it or not. Add a “suspicious” police killing of a black male between the ages of 15 and 45 to the mix, and a potential powder keg looms. Any time, any day, any hour. A dangerous cocktail.

However, optics matter, too. It’s not just about the troika anymore, the three MOST dysfunctional cities in the nation: Baltimore, Chicago and Detroit.

Roberts presumably figured, “Oh, THAT would never happen in my city.” After all, this is Charlotte; this ISN’T Baltimore.

That pollyannaish-utopian-homey view is outmoded in 2016. So many folk seem to have this insatiable desire to view their city as if it’s something out of a Norman Rockwell painting of Americana. Now, Charlotte IS Baltimore — controversy, racial tension and all.

Burning, looting, broken glass, protesting, horrifying inter-racial beatings, scary street intimidation against motorists, brick throwings, a protester shot in the back of the head ends up dead. And that killing was civilian-on-civilian. Curfew finally was implemented. A National Guard call-up, too.

Most of us saw that in North Carolina’s Queen City last week.

Check the basic statistics of this narrative. What do Ferguson, Baltimore, Milwaukee and Charlotte all have in common? That would be: 34. All four cities have black populations of at least 34 percent. Yes, that is sizeable. Charlotte (34 percent); Milwaukee (40 percent); Baltimore (63 percent); Ferguson (67 percent).

Four riot-torn cities after police shootings. Charlotte is the latest on that chart — that Dubious List. Two of the cities — Charlotte and Baltimore — had black police chiefs during the time of the riots.

Many cities — and mayors — with black police chiefs may be lured into a false sense of security. The logic goes like this: Having a black police chief in big cities would encourage a belief that their mere presence would ameliorate any cases involving black men and perceived excessive-force issues. Simply because some might surmise: Police cannot possibly be perpetrators of brutality against black males if the chief is black. And he/she ideally would be sort of a buffer against spiraling crime.

Well, how has that been working out?

Former Baltimore Police Chief Anthony Batts was fired after the riots and crime spikes in that city, and Charlotte’s chief, Kerr Putney, has been under siege, mainly from a distrusting public and a scrutinizing media. In fact, protesters at the Panthers game on Sunday followed the usual script we’ve heard in other situations of citizen unrest: Call for the resignations of the governor, mayor and police chief.

In an unusual twist, in Charlotte’s case, the “offending” officer (Brentley Vinson) is black, as was the man shot and killed (Keith Lamont Scott).

With that, recent high-profile policing incidents in Charlotte and Tulsa, Okla., surely had some influence on a rather peculiar ruling last week by the Massachusetts Supreme Judicial Court. The Massachusetts court ruled that a documented “pattern of racial profiling of black males in the city of Boston” makes an instinctive reaction to flee reasonable.

Could this ruling be construed as racial profiling … in REVERSE? If you are black, you CAN run away; if white, you MUST stay.

The Massachusetts court wrote, in part, when rendering its decision: “Such an individual, when approached by the police, might just as easily be motivated by the desire to avoid the recurring indignity of being racially profiled as by the desire to hide criminal activity.”

Massachusetts could be setting itself up for trouble; suppose the runner really is a criminal.

Charlotte already has entered the twilight zone of faulty decision-making. And wouldn’t you know it, after a week of bad news and more bad news, the Panthers lost at home, a crushing defeat to the Minnesota Vikings on Sunday. A coincidence?

Hard to imagine it was.