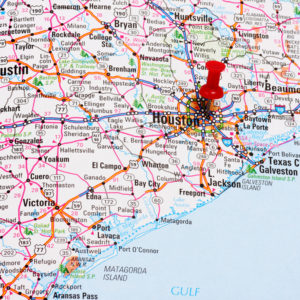 Checking in on America’s Third Coast

Despise the culture and public policies of the nation’s coasts? You’re overlooking something: the Gulf of Mexico.

In 2012, Joel Kotkin observed that the U.S. “economy, long dominated by the East and West Coasts, is undergoing a dramatic geographic shift” toward “the urbanized, broadly coastal region spanning the Gulf from Brownsville, Texas, to greater Tampa.”

Crowning it an “emerging… center of industry, innovation, and economic growth,” the scholar speculated that “the Third Coast could become one of the major forces in twenty-first-century America.”

The trends Kotkin documented seven years ago haven’t stopped, or slowed. Houston, which The Atlantic notedwas “the first major city to regain all the jobs” it lost during the Great Recession, is the Gulf’s economic juggernaut.

The urban area’s population ballooned by 17.7 percent between 2010 and 2018. Job creation is equally impressive — since Houston climbed its way back to its pre-Great Recession peak, employment has increased by more than 20 percent.

Who’s moving to Texas’s second-biggest burg? All kinds of people.

In 2017, a Los Angeles Times profile found that “stunning growth and high-volume immigration” were turning Houston into the “the most racially and ethnically diverse major metropolis in the country.” (“It’s really surprising to see a place like this in the South, where you consider it to be racist and xenophobic,” a high-schooler from Ethiopia told reporter Brittny Mejia. “Stereotypes of Texas don’t apply here.”)

Houston’s diversity extends into its economy. Yes, petroleum is still preeminent, especially as America exports more and more of the stuff. But other industries are thriving, too — e.g., logistics, finance, manufacturing, healthcare and leisure/hospitality.

The Greater Houston Partnership reports that the region, “driven by its business-friendly climate, high-growth population and proximity to diverse professional and corporate services talent,” is “home to more than 20 Fortune 500 company headquarters and one of the largest concentrations of U.S. headquarters locations for companies from around the world.”

Luby’s, Cooper Industries, Sysco, Group 1 Automotive, Men’s Wearhouse, Waste Management and Republic National Distributing are just a few of the non-energy businesses that have made the Bayou City home.

At less than half of Houston’s population, Tampa-St. Petersburg-Clearwater will not compete for the title of the Gulf’s capital anytime soon. But that’s no reason to ignore its achievements.

Population has increased by nearly 13 percent since 2010. In 2018, research by The Brookings Institution showed that in a single year, The Big Guava “jumped more than 120 spaces in a ranking of the top 300 expanding metropolitan areas worldwide.”

There is prosperity to the south and north, too. Want a job on Florida’s west coast, and you’ve got one. Fort Myers, Sarasota, Tallahassee and Pensacola each share Tampa’s unemployment rate of 2.9 percent. (At 3.2 percent, Naples is an “underachiever.”)

Many of those jobs are generated by demand from affluent, unidirectional snowbirds. Earlier this year, a Bloomberg analysis of taxpayer migration from 2015 to 2016 found that the “the Sunshine State was the No. 1 recipient of the wealth exodus from 18 individual states — with New York, Illinois and New Jersey combining to contribute about $8 billion to Florida’s income base.”

Moving up the coast to Alabama, Mobile is playing a major role in the Yellowhammer State’s burgeoning aerospace sector.

In 2016, Airbus made the “first ever delivery of an aircraft” from its local assembly line. Now the European behemoth produces both A320 and A220 jets at the Mobile Aeroplex. Nearby, Collins Aerospace employs “more than 1,100” workers in “the manufacture and refurbishment of engine nacelles and related components.”

Are there portions of the Gulf failing to flourish? Certainly. The Third Coast is 1,631 miles long, and some spots have yet to escape what Kotkin called the region’s unfortunate legacy of exporting “people, particularly those with skills, to other parts of the United States.”

The Texas tip of the coastal crescent is marked by poverty and unemployment. McAllen and Brownsville are hurting, and have been for a long time.

New Orleans, hardly in stellar shape pre-Katrina, remains at “about 80.7 percent” of the population it had before the hurricane struck in 2005.

Given its success, why doesn’t the Third Coast get the attention it deserves? Remember where the nation’s press and entertainment centers are located.

The news probably hasn’t breached those solipsistic bubbles. And Gulf-dwellers, one suspects, are happy to keep their area’s good fortune to themselves.