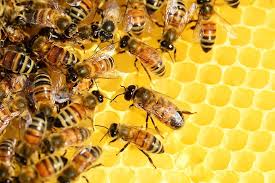 Checking In on the Bees

The conversation over pollinator health has sparked a heated debate on using crop protection chemicals. In Europe, both neonicotinoid pesticides (marketed since the 1990s) and its competitor sulfoxaflor (registered with the EPA since 2013) have been banned over concerns the insecticides adversely affect bee health.

“Should other politicians vote down the (National Front’s) proposals on principle, even if they share the same opinion?” wrote EU-focused media outlet Euractiv in 2015 after Marine Le Pen’s far-right National Front had vigorously argued for a ban on sulfoxaflor.

In any case, for Europeans, the ban of each additional pesticide is a win from the political viewpoint, notably because the European Commission’s soon-to-be-released Sustainable Use of Pesticides Directive aims to cut pesticide use in half by 2030. The longer the list of banned products, the more likely this aim will be achieved, even if the goal is more political than scientific, and even though it elevates precaution to a level difficult to achieve for products that farmers need.

The United States continues to use both neonics and sulfoxaflor successfully, thus escaping the downsides of a phase-out: France had to reauthorize the use of neonics in 2020 after its sugar beet industry faced collapse. In fact, the EPA calls sulfoxaflor “better for species across the board,” which is probably why the U.S sent a complaint letter to the World Trade Organization in April. Any export products treated with products banned in the European Union could face barriers to entering the market.

This outlines a distinct difference in policymaking between Europe and the United States. Europe is more willing to accept collateral damage from its biodiversity policies than the United States, despite the war in Ukraine causing significant disruptions in the continent’s food supply chain and the effects of COVID-19 have burdened households with substantial food price inflation. For consumers, the effects of a more efficient food production system are palpable: in 2020, Americans spent 5 percent of their disposable income on groceries, compared to 8.7 percent in Ireland (the lowest in the EU), 10.8 percent in Germany, 12 percent in Sweden, 17 percent in Hungary and 25 percent in Romania.

However, the question remains to what extent the products — especially those like sulfoxaflor, which were pitched as the replacement for more controversial neonicotinoids — affect bees. A  study in Switzerland recently found no evidence for the claim that the product affects the fitness of bees. Researchers in Ireland equally detected no effect on bumblebees’ ability to learn through smell and taste, essential features of their pollination.

On top of that, for all the talk about “bee-killing pesticides,” strikingly few bees are dying. The data show that as of 2020, there has been a 17 percent increase in beehives, a 35 percent increase since 2000, and a 90 percent increase since 1961. The number of bee colonies in the United States has been stable for 30 years, while in Europe, where farmers use insecticides, the number has increased by 20 percent. Regional declines in bee populations are often due to a reduced demand for beeswax or honey, which makes beekeepers shrink their supply of managed bees. As honey prices increase, we will likely see the opposite effect.

The problem with pesticides and bee health claims is that you can make them up as you go along. The claim that pesticides make bees stupid leads to the study of the learning abilities of bees; the scientific community is just always running years behind the claims of environmental activists. As with every good conspiracy, it is hard by design to disprove it completely.

Meanwhile, agricultural output is likely to suffer as the crop protection catalog is reduced by the year in places like Europe. Organic food, by comparison, requires 130 percent more farmland to achieve the same yield. A method that is hard to reconcile with reducing the amount of cropland we need, most notably to protect natural areas for wild bees.

Bill Wirtz is a Luxembourgish writer and commentator, and senior policy analyst at the Consumer Choice Center. He wrote this for InsideSources.