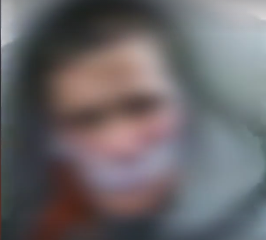 The victim of torture livestreamed to Facebook.
[IS] Opinions

No juvenile-delinquency excuses this time of being either too young or too impressionable or too immature or too underdeveloped to understand the gravity of the crime. So how about a slap on the wrist.

No, not this time.

It was New Year’s Day weekend. Remember the horrific crime in Chicago when three black 18-year-olds and a 24-year-old kidnapped, tortured and assaulted a young disabled white male, while screaming anti-white, anti-Donald Trump epithets at him. Police caught them because of social media: The four perpetrators stupidly streamed the whole ordeal on Facebook Live.

This is one example when social media played a detective role in identification. Mark Zuckerberg should be praised. We didn’t need Sherlock Holmes to figure out this one.

As the Gang of Four are looking at hard time, not some juvie jive.

Still, did we see a Trump Effect in the leveling of hate charges, as in the tenor of the country has changed?

Case in point: On March 23, 2015, David Autry, a 43-year-old white man, was viciously attacked by two black males while traveling on a light-rail train in St. Louis. The males, including a 15-year-old juvenile, screamed, “What do you think about Mike Brown,” as they pelted the victim. A passenger captured video of the incident on a cell-phone camera.

Some demanded the two black males be charged with a hate crime, but the local St. Louis authorities said there wasn’t enough evidence to substantiate that charge.

That was then; Barack Obama was the president in 2015. This is now; the Chicago attack occurred approximately eight weeks after Trump’s election as president. Was the election a factor? Suppose Hillary Clinton would have won? Would the Chicago authorities still have charged the Gang of Four with hate crimes? There is no way to really know.

However, one thing we do know is many citizens, especially white Americans, have long felt black assailants have skirted hate-crime charges numerous times. Especially when black teenagers have been the assailants. Therefore, the Chicago case could be viewed as a sort of “We told you so.”

Perhaps, that’s why some middle-age white guys were spotted in Washington during the week from Dr. Martin Luther King Jr.’s holiday to Trump’s inauguration wearing reddish T-shirts with the inscription: “Blacks make racial slurs and commit hate crimes too!!”

Personally, I have received emails and read comments periodically the past 25 years from readers identified as white who say they have grown tired of targeted racial taunts, slurs and harassment perpetrated against them by black male teenagers. Public incidents — on a city sidewalk or public transportation, a bus or train or subway. Some white readers or viewers also said they were slapped or even worse, robbed, during these episodes. They ask why don’t the hate-crime rules seem to apply to black folk.

Well, some black folk apparently believe black people shouldn’t be charged with hate crimes. After five Dallas police officers were killed during a brazen ambush on July 7, 2016, Jamilah Lemieux, then a senior editor at Ebony magazine, stated during a panel discussion on CNN that she wasn’t “comfortable” with the term when referencing black folk. This, even after President Obama himself termed the massacre a “hate crime.”

At the time, Lemieux said, “When we use a phrase like ‘hate crime,’ we’re typically referring to crimes against people of color, people of various religious groups, LGBT people, people who have been historically attacked, abused or disenfranchised on the basis of their identity. To now extend that to the majority group and a group of people that have a history with African-Americans that has been abusive — and we can apply that to either police officers or to Caucasians — I think gets into very tricky territory.”

Suffice to say, many Americans were appalled by her comments. However, the reality is that some black folk in America truly have similar sentiments as Lemieux.

The next obvious question: Why? Is it spite? Is it revenge? Is it some historical context? Is it the “Emmett Till syndrome”? Meaning a scorecard mentality is in play.

The thinking goes like this: The 14-year-old Emmett Till, from Chicago, was brutally beaten, mutilated and murdered by two southern racist white males the summer of 1955, while visiting relatives in Mississippi. His assailants were never imprisoned for that crime before they both, strangely enough, died of cancer while in their 60s. . . . As the soul and memory of Till firmly remains in the forefront of black consciousness. Avenge our dead.

Bottom line: It’s sort of a tit-for-tat, as in remember what happened back when …

The whole thinking process to rationalize the “Till syndrome” is utterly ridiculous. But sometimes ridiculousness is the centerpiece of group think.

Now, back to the media. Ever notice that television news anchors and correspondents — especially on national telecasts and cable news — don’t usually utter the phrases “black suspect” or “black perpetrator” when racial identification is clearly germane to the cases. An obvious part of the media story.

The mainstream media for generations have been reluctant to touch this matter, feeling fearful of being called racist. That’s self-explanatory.

Well, the atmosphere changed with this Chicago kidnapping-torture-assault case. So, perhaps, in 2017, we’re in the midst of a shift in the seismic fault line of racial identification.