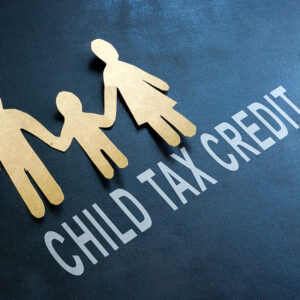 Democrats are proposing to change the technical definition of “child” as it relates to eligibility for the Child Tax Credit (CTC). This well-intended effort aims to put financial support behind children who are not living with their parents, other close relatives, or foster parents (who can already claim the credit under current law). But expanding the CTC to children in informal and inconsistent living arrangements comes with a set of challenges. As is often the case in social policy, aiming benefits at the most vulnerable population is easier than getting them there.

This redefinition of “child” is the latest proposed expansion to the tax benefit that has already multiplied in size thanks to other recent reforms. While the CTC is a popular tax benefit, it is importantly not a tax cut. It is a subsidy for something nearly universally favored in our society — children — and it is better and fairer than other government subsidies aimed at paid childcare because it doesn’t exclude families with in-home caregivers such as stay-at-home moms or grandparents. The CTC has its merits, which is why it has grown with bipartisan support in recent years.

Republicans expanded the Child Tax Credit as part of the 2017 Tax Cuts and Jobs Act, increasing it from $1000 per child to $2000 and making the credit “refundable” up to $1400. Democrats then expanded the credit further in early 2021, as part of the American Rescue Plan Act, increasing the amount to $3000 for older children and $3600 for each child under 6. This legislation also changed the CTC to a monthly payment for most eligible filers. The first monthly payments went out in July 2021.

But the CTC also has its drawbacks. It is — for better and worse — a form of redistribution. It redistributes money to families with children in the home, to the disadvantage of households with no children. And while the idea is to benefit low-income families, many high-income families benefit from the tax credit as well. A family with an income of $150,000 and three children under the age of six today qualifies for $10,800 in CTC payments.

As currently structured, about 60 million of the nation’s 73 million children are eligible for the Child Tax Credit. Many of the ineligible children live in households with incomes higher than $240,000 for single filers or $400,000 for married filers. At these thresholds, the CTC is totally phased out.

But some children — approximately 330,000 — aren’t eligible because of their living situation.

Of course, if a child is living with someone who is not a close relative, it’s likely that something has gone wrong. The adults in the child’s family aren’t able to provide a home for the child for whatever reason: incarceration, substance abuse, mental health issues, etc. Children in this situation are some of the most vulnerable in our country. So it’s understandable, admirable even, that lawmakers want to support them.

But throwing a monthly cash payment to any adult who claims to provide for the child is problematic for a variety of reasons.

First of all, any time money follows a child we should pay attention. This is the kind of system that could create bad incentives for abuse.

A couple of good incentives are built into the current system: It rewards family members who step up to care for grandkids, nieces, nephews, brothers, and sisters when mom and dad can’t. It also requires that a child lives with the tax filer for six months in order to claim any credit — an incentive for stability. But the proposed changes would send out payments after a child resided with someone for only two weeks, and would allow various adults to claim the same child, although not in the same month.

Keeping track of who might be eligible for these benefits would be an administrative nightmare for the IRS. Democrats who favor the proposal understand this, which is why they built in a new system for settling disputes about who gets a payment when multiple parties lay claim to it. But even so, the IRS would struggle to track the living situations of hundreds of thousands of children and investigate whether tax filers truly provided a good home for whatever time period.

To make things even more complicated, the proposed redefinition of “child” would only apply to the CTC and not the myriad other tax benefits and government programs aimed at children.

However well-intentioned this policy proposal may be, it is not the best way to help children who need stable homes. Policymakers should find a way to reward loving adults who care for children who lack traditional family support. But complicating our already too complex tax code is not it.