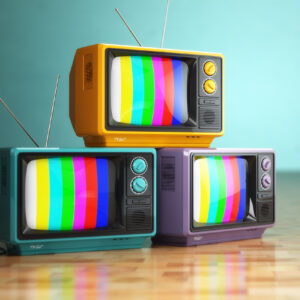 Children’s Programming Rules Are a Vestige of the Past

Once again, government regulators are struggling to keep up with the pace of innovation. While children’s access to educational content through the internet and mobile devices has advanced at a mind-boggling speed over the last two decades, federal rules forcing television broadcasters to air programs for children subject to regulations have remained unaltered.

But that might be about to change on Thursday as the FCC considers some much-needed revisions to these so-called “Kid Vid” rules during this month’s Open Commission Meeting.

The rules require local broadcasters to air at least three hours of children’s educational content per week over a six-month period between 7 a.m. and 10 p.m. The shows must run at least 30 minutes and be regularly scheduled at least weekly.

The motivation behind the rules, to enrich children’s learning experiences, remains a laudable goal. But the internet has revolutionized the educational and digital landscape, and the way children consume content has shifted radically in recent years.

In 2015, 94 percent of children had a computer in the home, and the vast majority had internet access. Last year, a national survey revealed that 98 percent of households with children had a smartphone or tablet. At the same time, children’s time spent watching broadcast TV is declining rapidly.

When the “Kid Vid” rules were adopted more than 20 years ago, its authors could not have imagined the explosion of educational content that would be catalyzed by the growth of the internet. Parents now have a nearly limitless variety of educational programs to choose from through YouTube, Netflix and myriad other online platforms.

And there is no evidence to suggest the “Kid Vid” rules caused any improvements in the quality of children’s programming on broadcast stations, or that they are directly responsible for developmental or educational benefits to child audiences.

Broadcasters are required to file significant amounts of paperwork to demonstrate their compliance with “Kid Vid” rules. In the first quarter of 2017, for instance, a group that owns 15 local TV stations submitted 473 pages to the FCC describing what children’s programming they had aired. Since programming guides are easily accessible to TV viewers, the justification for these costly and burdensome requirements is tenuous at best. Forcing broadcasters to spend countless hours complying with these rules detracts from their ability to invest in other platforms, like websites and mobile apps, that children are increasingly using to absorb educational material.

Perhaps most important, “Kid Vid” rules actually undermine the goal of bringing high quality educational content to children. In fact, some children programming, such as the once popular Schoolhouse Rock, was cancelled because it did not qualify as educational.

Since shows must be at least 30 minutes long and only regularly scheduled programming can be used to satisfy “Kid Vid” requirements, broadcasters are discouraged from airing short educational videos that might better capitalize on children’s short attention spans. Similarly, television stations have a disincentive to air children’s specials, despite their popularity.

“Kid Vid” rules squeeze some local stations’ schedules so tightly that broadcasters in some areas have eliminated local newscasts in order to make time to satisfy “Kid Vid” requirements. This artificially distorts the market, preventing programming decisions based on audience demand and interests. As a result, viewership declines and broadcasters have fewer resources to invest in quality content.

It’s clear that “Kid Vid” rules no longer apply to the realities of the 21st century. Consumers should welcome the FCC’s interest in revising them.