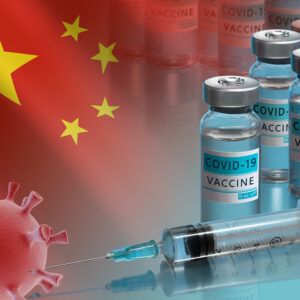 China is a Failed State. Only Wall Street, Corporate Giants Keep it Alive.

Remember when China “defeated” COVID-19 thanks to harsh lockdowns in Wuhan, the largest city in Hubei province? That success lasted less than 15 months. They are back to bolting people in their doors in Wuhan again. Apparently, the new delta strain of the Chinese GMO’d SARS2 really has a thing for Wuhan and not Beijing and Shanghai. I feel bad for the people who live in Wuhan. We all should. They are being abused by their government.

China’s data on COVID is farcical.

According to the Johns Hopkins University’s COVID tracker, which relies on Chinese data, the Chinese public health authorities have administered precisely 1,832,450,000 vaccines. That’s amazing. China only has around 1.4 billion people, millions living in remote areas.

Okay, let’s assume this includes some double doses. China is mostly using Sinovac, its own home-grown vaccine, which is double-dose. According to Johns Hopkins, 223.3 million people have received both doses or 15.9 percent of the population.

In some cities, they are physically forcing you to take PCR tests. That’s right. They will tackle you to the ground and stick a 12-inch cotton swab up your nose.

Honestly, the PCR test is harmless, even for those who are terrified of doctors. But tackling people to take one, this is China for you. Next, they will be doing this with vaccinations. Will the Western world follow? We should worry that some of them do. See parts of Australia. They’re getting awfully close.

By the way, according to Johns Hopkins’ data, only 4,848 people even died of China’s insanely fast spreading SARS 2.0 virus. In Shanghai, only 7 died, according to their government figures.

Johns Hopkins should showcase this data with a disclaimer that reads, “this data is likely false by a factor of 100.”

Locking people in their homes, tackling them for PCR tests, sending what is likely United Front agents or old 50-Cent Army soldiers out in PPE gear to scour airports of the world in their COVID-19 Halloween costumes should be, forever more, the symbol of China. Not TikTok. Not Ali-Express. Not Lenovo. Not the homophobic WeChat.

This pandemic is the Chinese Communist Party. This is who the Western world has, in large part, modeled their COVID response. This is who the corporate powers of the West, the Davos Universe of Europe, has heralded as the symbol of global trade and business.

The CCP-run China is a failed state.

It survives on Wall Street inflows and the factory orders placed by every major American multinational, not to mention Amazon, of which nearly 50 percent of all goods sold on the website are either made in China, or sold directly by Guangzhou and Shenzhen based entrepreneurs who know a good thing when they see it. Hint: it’s not their market. It’s ours.

China is a paper tiger.

If not for American multinationals having spent at least a generation, maybe two, turning it into their factory, their wastewater chemical and plastics dump, their way of offshoring CO2 levels as their home countries bemoan climate change, China’s CCP would lose its legitimacy in the eyes of the millions of Chinese subject to this abuse. It is not to save lives. In China, less than 5,000 people even died of COVID. That’s their official line. To the CCP, and to tens of millions of Chinese, that’s a real number.

The CCP can get away with that because their people see tall shiny buildings, clean streets, bullet trains, girls in Michael Kors bags (some real, some fake). They see success.

But get this straight: the CCP’s success is thanks to Wall Street, and multinational corporations from Japan, the U.S., South Korea and the United States. The CCP didn’t do it. We did. And the abuse these people take from their government is sponsored, in no small part, but the companies that continue to make them rich.