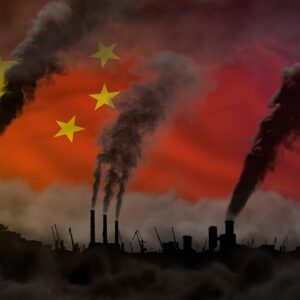 Kerry is absolutely right. Hopefully, his acknowledgment represents a sea change in how U.S. climate activists respond to China’s many, unfulfilled promises to cut carbon emissions.

The Biden administration is now moving forward on initiatives intended to cut U.S. carbon dioxide (CO2) emissions. That’s a commendable goal, but any U.S. effort will achieve little if China doesn’t make a similar commitment. However, China’s track record shows that it is unwilling to make any real, meaningful cuts of its own.

It’s a different story with Beijing, though. China’s annual CO2 output continues to rise—and has actually jumped significantly since 2016. Even the best-case scenario shows China having greater emissions in 2030 than at present. China is also continuing to build coal plants—including a staggering 250 gigawatts of new capacity currently in development. These additional coal plants alone will far outstrip the entire coal fleet of the United States.

It appears that, even while making earnest climate pledges, Beijing remains committed to its overriding goal of industrial supremacy. This sort of duplicity shouldn’t be too surprising, given the 2015 news that China was burning up to 17 percent more coal each year than it had previously reported.

China has clearly benefited from its 2001 entry into the World Trade Organization (WTO). Accession to the WTO enabled China to exponentially increase its exports to the U.S. and other developed nations. The United States, in particular, subsidized this exchange—and sacrificed millions of domestic manufacturing jobs in the process. But shifting production from regulated, efficient U.S. factories to lumbering, coal-fired production in China simply transferred and increased—overall emissions. Now, China continues to plow ahead with coal-driven manufacturing that far exceeds the emissions of cleaner, leaner U.S. factories.

Beijing is fine with the status quo, however, and has already demonstrated a long track record of such duplicity. In 2009, China signed onto the Copenhagen Accord—and promised to cut carbon emissions 40 percent by 2020. But that hasn’t happened.

China’s most egregious claims came in 2015, though, when it joined the Paris Climate Accord. Beijing pledged to cut emissions 60 percent by 2030. However, China has subsequently increased its coal production for power utilities—and is now consuming an average of 4.32 billion tons of coal annually. That’s an even higher annual rate than the 4.2 billion tons it was averaging in 2014.

Instead of reducing its carbon footprint, China is busy solidifying its stature as the world’s factory floor—and added 38 gigawatts of coal-fired power in the past year alone. A key motivator is China’s growing lead in renewable technologies, with China supplying roughly 75 percent of the world’s solar equipment. China also has a 95 percent lock on the global production of solar ingots and wafers. And eight of the world’s top 10 solar module producers are Chinese companies.

America’s increasing dependence on imported solar equipment enables continuing pollution and rising emissions in China. Clearly, Beijing has much to gain from these profitable industries—and little reason to reduce emissions. As a result, China enjoys a perverse incentive to ignore its climate commitments and let other nations carry the load.