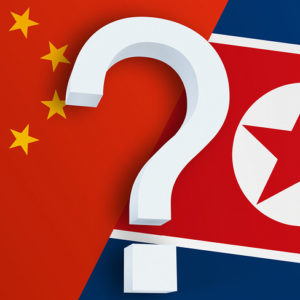 The United States is an easy target for America’s enemies and critics. Taking advantage of the extraordinary freedom they have in the U.S., foes near and far spread their views, supporting and opposing candidates, gaining access to faculties and think tanks, influencing political life, and infiltrating government offices and agencies as well as private business.

Such accusations evoke cries of “McCarthyism,” a reference to Sen. Joseph McCarthy, who upset Americans in the 1950s by claiming the State Department was riddled with spies and conducting hearings in which he grilled witnesses in search of evidence of espionage and efforts to undermine the U.S. The reaction against McCarthy, who was formally censured by the Senate, was so intense that it’s difficult now to make legitimate accusations against those acting on behalf of America’s real enemies. Faculties everywhere are dominated by liberals, progressives, leftists, radicals and avowed Marxists eager to pillory American political figures and institutions for accumulated sins, including imperialist adventures and neo-colonialism overseas.

The arrest of four South Korean activists accused of accepting $20,000 from a North Korean emissary in China reveals one of the ways that North Korea, like China and Russia, buys off sympathizers and advocates. In the case of North Korea, the scope of their activities is narrowly directed compared to the far-reaching efforts of China and Russia, but there’s no doubt the North has been successful in getting through to members of Congress, academic figures, and think-tank analysts.

The campaign against the American system, American power, and American values takes on much larger dimensions when China and Russia meddle in American affairs. The Chinese, for instance, have penetrated universities through Confucius Institutes set up on campuses in the U.S. and other countries ostensibly to teach Chinese to students. These institutes also spread the word of the Chinese Communist Party with lectures on Chinese history and culture while ignoring repression of the Uyghurs, the massacre at Tiananmen Square in Beijing in 1989 and political protests in Hong Kong, among other unpleasant topics.

Economically, the Chinese have gained a reputation for ripping off American technology, often by gaining a stake in the companies from which they plan to steal innovations and ideas. Politically, they prey upon Chinese-Americans, most of whom are not sympathetic with the government in Beijing. Chinese intelligence specialists manage, however, to find sympathizers among a small but significant minority of Chinese-Americans who look with pride on China’s achievements and are willing to assist in the rise of the land of their ancestors.

The Russians operate a little differently, preferring to focus on election campaigns in which they actually hope to affect the outcome. Russia’s President Vladimir Putin and Russian government organizations “aimed at denigrating President Biden’s candidacy and the Democratic Party, supporting President Trump, undermining public confidence in the electoral process, and exacerbating sociopolitical divisions in the U.S.,” according to a report by the National Intelligence Council. “A key element of Moscow’s strategy this election cycle,” the report goes on, was “its use of proxies linked to Russian intelligence to push influence narratives – including misleading or unsubstantiated allegations against President Biden – to U.S. media organizations, U.S. officials and prominent U.S. individuals, including some close to former President Trump and his administration.”

China “did not view either election outcome as being advantageous enough for China to risk getting caught meddling,” said the report. Rather, the Chinese believe “traditional influence tools, primarily economic targeting measures and lobbying, would be sufficient to meet its goal of shaping US policy regardless of the winner.” The Chinese have numerous ways of drawing naïve foreigners into their net, generous consulting fees, paying experts to appear on panels and give talks, greasing palms with money for very little work.

While criticizing China for such tactics, Americans are less attuned to North Korea’s transgressions. In fact, the North Koreans set up meetings with politicians, appear on campuses, join in seminars and public events, promoting the line from Pyongyang to unwitting audiences.

The case of the four South Koreans arrested for accepting a payoff from the North suggests the North Koreans are not averse to paying off their friends if that’s what it takes to win adherents to their cause, including a phony peace treaty, withdrawal of U.S. troops and unification of all Korea under Kim dynasty rule.