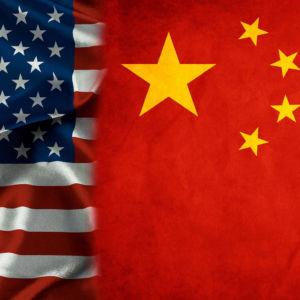 The South Pacific is again a battleground. China is not nearly at the stage of taking over any of the 15 islands stretching across the region of Oceania, but it is disturbing the foes of Chinese expansionism.

This week, China’s foreign minister, Wang Yi, is touching down on eight islands in the region, making deals at such a rapid pace as to alarm the members of those two oddly-named arrangements that the United States has engineered to stand up against the Chinese. One is AUKUS (Australia, United Kingdom, United States.) and the other is the Quad (United States, Australia, India and Japan).

Some of the deals that Wang is looking for come with military overtones. There’s no other way to interpret his offers for training police forces. An agreement that he sought with all 10 nations at a Fiji session had provisions to “expand law enforcement cooperation, jointly combat transnational crime and establish a dialogue mechanism on law enforcement capacity and police cooperation.”

Luckily, some of the 10 nations were not willing to go along with what would have been the opening of a long-range Chinese plan to gain control over a vast stretch of ocean over which the Americans and Japanese fought some of the bloodiest battles of World War II.

The Chinese are presenting the agreement as an innocent attempt at guaranteeing economic gains and security for the benefit of people who are accustomed to outside forces interfering in their lives. It’s not hard to imagine increasing numbers of Chinese advisers, backed up by Chinese air and naval forces, asserting their presence among these island nations, tiny in population but often vast in the areas of the seas they cover.

Memories of the era of Japanese rule permeate the atmosphere. The need to maintain law and order can cover more than local policing, as leaders of some countries have claimed. In terms of defenses against outside intrusion and oppression, these countries are essentially defenseless. China could take over one country after another if it so desired.

Of course, the Chinese aren’t threatening anyone right away. Foreign Minister Wang told the leaders of the 10 nations not to worry while negotiating bilateral deals for trade and investment. For now, the Chinese will settle for whatever they can get, maintaining that China’s proposals are for everyone’s benefit.

The nature of China’s ambitions for Oceania is all too familiar to much larger countries on the western fringes of the Pacific. China is the great protector of North Korea, economically and militarily, and would like to extend its power over South Korea. President Yoon Suk-yeol may vow not to appease North Korea, but he must be careful not to offend China, the South’s leading trade partner. The problem becomes more acute while China tries to claim Taiwan ever more aggressively and stakes out the entire South China Sea, leaving Vietnam and the Philippines powerless to stop it.

It makes sense, then, for China, having flexed its muscles all around its periphery finally to get around to the South Pacific, to the consternation of the United States and Australia, which is responding with almost as much alarm as Washington. The Japanese are undoubtedly not happy about China’s interest in a region over which Japan dominated before going down in defeat, leaving the islands to the Americans in August 1945.

One reason the Chinese can assume a new role in Oceania is the United States has badly neglected the islands. Only recently has Washington awakened to what the Chinese are doing. Secretary of State Antony Blinken visited Fiji in February. Then, several days before Wang’s current swing around the islands, Washington welcomed Fiji to the Indo-Pacific Economic framework that President Biden introduced at his stopover in Tokyo after visiting South Korea.

The impression was that Washington was suddenly playing catch-up, attempting to remind the island states of Oceania that America had not forgotten them. Names like Guadalcanal, on the Solomon Islands; Tarawa, on Kiribati; and Peleliu, one of Palau’s 300 islets, echo through U.S. history, but few Americans have a clue where they are, despite all the books and documentaries on the war in the Pacific.

Now those battles have become legend while the Americans strive to wrest these obscure island nations from China’s sphere of influence without firing a shot.