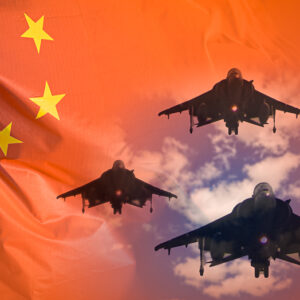 We are so obsessed with Russian forces massed against Ukraine, with terrorism in the Middle East, with North Korea’s nukes and missiles, that we risk placing China’s threats against Taiwan somewhere down the list of all the crises around the world.

Every day we hear reports of China exploiting cyberspace, stealing secrets and spying on people, of Chinese expansionism around its borders, in the South China Sea, down and across Central Asia. Chinese companies are accused of stealing secrets, and Chinese interests wring money and loyalty on all continents. Then, at home, the ruling Communist Party imposes drastic restraints over the Xinjiang Uyghur Autonomous Region, forcing the Uyghur populace into concentration camps, beating and sometimes killing them.

The island province of Taiwan, though, is another story. We have so often heard Chinese claims, Chinese vows, Chinese intimidation that we are tempted to shrug off the rhetoric and doubt whether China has any real intention to load soldiers onto ships and send them 100 miles across the Taiwan or Formosa Straits, land them under fire and take over the island. A detailed report issued in December by the U.S.-China Economic and Security Review Commission suggests, however, we should start taking these threats more seriously.

Today, says the report, the People’s Liberation Army (PLA) “either has or is close to achieving an initial capability to invade Taiwan.” That is the result, the report goes on, “of years of campaign planning and advancements” in which China has “demonstrated significant improvement in its shipbuilding capacity to bolster amphibious and civilian sealift.”

In other words, China either has or is getting the kind of armada needed to carry men and arms, including tanks and artillery pieces, across the straits in the face of attack from air and naval forces. No longer, the report implies, will the Chinese necessarily hold off if President Joe Biden sends in aircraft battle groups as President Bill Clinton did in late 1995 and again in March 1996 after the Chinese had fired missiles in an act of intimidation before Taiwan’s presidential election that year.

The PLA will go on developing capabilities “to enhance Chinese leaders’ confidence that it can successfully execute an invasion campaign,” warns the U.S.-China Commission report. For sure, it says, “Chinese leaders remain deeply concerned about the uncertain success of an attempted invasion as well as its risks and consequences,” but the implication is that sooner or later they’ll take their chances.

Having been in Taiwan as the Straits Crisis of 1996 was unfolding, I recall the sense of elation on the faces of people when the Chinese pulled back after Premier Li Peng had declared, “If someone makes a show of force in the Taiwan Strait, that will not only be a futile act, but it also will make the situation all the more complicated.”

These days the Chinese are coming closer to making good on the big talk as Chinese warplanes traverse Taiwan’s air defense identification zone. That is not the same as flying into Taiwan air space but a portent of worse to come.

China, of course, has reason to hesitate as it has ever since the Nationalist Chinese under Chiang Kai-shek fled to Taiwan as Mao Zedong’s Red Army was driving them off the mainland in 1949.

“Failed attempts by the PLA to invade Taiwan or to counter U.S. intervention,” the U.S.-China Commission acknowledged, could undermine “the legitimacy” of the Chinese Communist Party over which Xi Jinping holds undisputed control.

“The PLA still suffers from significant weaknesses in joint operations and personnel quality,” says the commission, “contributing to uncertainty among China’s top leaders.” Taiwan’s own forces, under President Tsai Ing-wen, would be no match for a full-scale invasion, but she’s increased the defense budget while Taiwan factories manufacture their own arms and ammunition in addition to all the weaponry Taiwan imports from the U.S.

Shielded by U.S. air and naval power, Taiwan could hold off long enough to inflict severe casualties in a showdown in which the Japanese might well join in Taiwan’s defense despite Article 9 of Japan’s post-war constitution banning Japanese forces from waging war on foreign lands. Nor would Korea, bound in alliance with the U.S., necessarily remain neutral while worrying about whatever the North Koreans might do to support their Chinese benefactors.

An invasion of Taiwan won’t happen right away, but China’s dream of overwhelming the runaway province is coming closer to reality. The report of the U.S.-China Commission is a warning as we contemplate the horrors of a war in which millions could die.