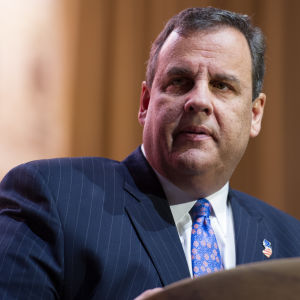 MT PLEASANT, SC – As things heat up both in South Carolina and the GOP presidential primary, the field of more than 15 candidates is beginning to barnstorm across the Palmetto State, courting voters and donors in the lead up to the first primary debate, to be held August 6th in Ohio.

New Jersey Governor Chris Christie, who announced his bid at the end of June, held a townhall style event late Monday afternoon after attending a GOP lunch and meeting with donors and other local officials. Christie, known for his townhalls in New Jersey, has been styling most of his public events across the early states in a similar fashion, feeding off of the crowds’ questions and the “tell it like it is” mantra of his campaign.

The campaign motto also appears to be appealing to South Carolina voters outside of the GOP base. More the 30 minutes prior to the event, the main dining room of the Liberty Tap Room restaurant where Christie was set to speak, was filled with more than 200 new faces ordering drinks and eating appetizers the campaign provided. Joann Jones, a GOP activist who has attended a majority of candidate visits to the Charleston area, was pleasantly surprised about all the new people in the audience. “It’s interesting the faces I’m seeing,” she said. “I’m quite surprised I don’t recognize anyone and that the room is filled so early.”

Whether it’s a testament to Christie’s style of politics or general interest in one of the last high profile candidates to jump in the race, the crowd was far from the standard conservative base that attended the lunch earlier in the day or that attend other candidate events.

After Christie gave a modified version of his stump speech, the floor opened to questions ranging from reigning in federal regulation to ISIS. When one woman asked Christie how he could convince her husband, who wasn’t present, to vote for him despite Christie’s plans for Social Security reform, he responded that his plan to extend retirement age wouldn’t be as harmful as Democratic frontrunner Hillary Clinton makes it out to be. “[Clinton] likes to say I’m pushing Grandma and Grandpa off the cliff, but by securing the program for current and future generations, it’s more like a slow 25 year fall.” He then urged the woman to bring her husband next time and that he would make sure her husband left convinced to vote for him.

Other audience members included an 18-year old high school senior who told Christie she recently registered to vote. She wanted to figure out her views and asked why she should vote for him.

“It’s great that you are getting involved this early,” Christie praised the young audience member. He spoke about running for his children, both college-aged, and concluded his answer with the quip, “…and you’ll be smarter than any of your friends when I win.”

As the townhall broke up, Christie and his wife Mary Pat stayed around for photos and autographs. When asked how he could translate his Jersey-style, straight-forward campaigning into winning votes in the first southern primary, the governor said, “I think people make a lot of assumptions based upon certain stereotypes or backgrounds about who is going to do well where.”

He added, “I think I’ll do very well in South Carolina.”