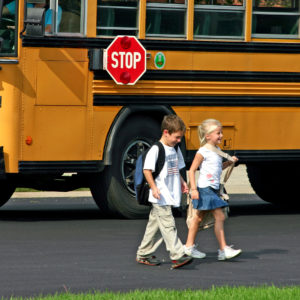 Changing education policy and new research are leading to a major push in emphasis on the reduction of rates of chronic absence in American public schools. Traditionally an issue handled at the local or school level, chronic absence has been pushed to the forefront in national education discussions, and schools around the country seem poised to take redoubled action to ensure that students are consistently in class.

One of the key groups that has called for increased attention on the chronic absence problem is Attendance Works, a San Francisco based nonprofit directed by Hedy Chang. The group released a new policy brief on Friday evening that combines new research on chronic absence rates with policy proposals for state and local leaders.

One of the major criticisms of the Bush-era No Child Left Behind education reforms was a sense that schools were focusing exclusively on their reading and math test scores. When the law was replaced in 2015 with the Every Student Succeeds Act, or ESSA, federal lawmakers sought to address the issue by instituting a provision in the new law that required states to include a “non-academic indicator” when evaluating school quality. In response, the majority of states that have submitted their ESSA compliance plans have designated rates of chronic absences as their non-academic indicator—which has helped raise the issue’s profile considerably.

While there is some variation from state to state on how the problem is being tackled, Attendance Works has led the charge in redefining how educators think about measuring attendance. For example, one of the group’s major pushes is to try to convince schools to stop distinguishing between “excused” and “unexcused” absences when taking the measurements. The group has argued that it doesn’t matter why a student is absent, if he or she misses more than 10 percent of the school year for any reason, the student is for more likely to suffer academically. Furthermore, the group argues that the difference between an excused and an unexcused absence is often up to a school administrator’s interpretation, making for more difficult data comparisons.

According to the new analysis in the report, more than 10 percent of schools nationally have “extreme” rates of chronic absence—meaning that 30 percent or more of the students miss 15 or more days of school. While high schools in low-income, high minority, urban settings are most likely to be affected, the researchers argue that the problem is far reaching and can effect all types of schools with all kinds of demographics.

The schools with extreme chronic absence rates are particularly concerning because there is evidence that the entire school can be negatively impacted—even the students who attend class regularly. Policymakers should consider targeting these schools for comprehensive supports or interventions, according to the researchers.

“When chronic absence reaches high levels in a classroom or school, all students—not just those with too many absences—may suffer because the resulting classroom churn hampers teachers’ ability to engage all students and meet their learning needs,” according to the report.

Another area of particular concern, according to the brief, are special education or alternative high schools. These schools, which often take on the most difficult students to educate, tend to suffer from of the highest absence rates nationally. According to the researchers, roughly half of these schools have extreme rates of chronic absence.

With ESSA’s new regulatory regime taking effect in the upcoming 2017-2018 school year, school districts in most states will suddenly find themselves held directly accountable for reducing the number of students who miss class regularly. The Attendance Works report is therefore also addressed to school administrators thinking about the best practical ways to tackle the issue.

In addition to improving data gathering to diagnose the scope of the problem in their schools, the researchers argue that educators should figure out why some students might be missing class regularly. Common factors may require community-driven solutions, such as a lack of transportation infrastructure, high poverty, or housing instability. On the other hand, conditions in the schools themselves, such as high rates of bullying, unsafe learning environments, or a disengaged faculty and staff might be pushing students away.

Once the administrators have a handle on the problem, the researchers urged educators in the report to consider creating attendance task forces to address the problem. Possible solutions might include reforming school culture, parent outreach, partnering with businesses and community groups, and in the most extreme cases, soliciting help from state agencies or the juvenile justice system.