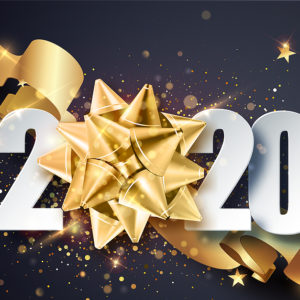 Chronos and Kairos: 2020 in Hindsight

2020 has been an exceedingly long year. But the terrible brings opportunity. The COVID-19 pandemic and its impacts on policy and daily life inflicted misery on mankind, but they also presented opportunities.

Winter draws nigh and logs are in my fireplace, so forgive my waxing philosophic.

2020’s long-year status reminds me of a concept learned in 1974 at the University of Virginia. The Ancient Greeks had two words for time. The less-well-known version is somewhat akin to our concept of a “long year,” and that version has everything to do with opportunity.

Our usual concept of time is chronos — associated with the god Chronos. Chronological time is relentless and evenly paced. Every second is like every other second. Every day like every other day. Every year like every other year. (Leap years have an extra day, but no one has that in mind when they said 2020 was a long year.)

The less-familiar Greek concept of time is Kairos — associated with the god Kairos (or Caerus). With kairos, there are great (long) days and short (insignificant) ones.

The professor who taught us the distinction said one might begin to understand kairological time by noting that there was a great deal of “time” stuffed into November 22, 1963. We of that era carried more consciousness of that day than of any other 100 days.

(For a whimsical sidebar: When I arrived at Columbia University in 1980, the campus had a small convenience shop that sold, among other things, beer and wine. Behind the counter was a small sign. In big letters, it said “To buy alcohol, you must present proof positive of age.” Below that, in smaller letters, it said, “PS: Remembering where you were when JFK was shot does not constitute proof positive.” Everyone understood the joke.)

For early Christians, kairos referred to times that compelled God to act. In more secular contexts, it was time for humans to act. The word itself is associated with archery and weaving — the first moment the hunter’s arrow can strike its target or the weaver’s shuttle can pass through the threads on a loom.

If chronos is an ox plowing a field, someone said, kairos is a lion seeking prey.

2020’s travails made it a year for action. For my wife and me, isolation led us to repair things in our house that long needed fixing. With no capacity to travel, we found treasure in friendships with neighbors we’d barely known before and renewed old friendships via the internet.

On long walks, we learned the streets we’d driven a thousand times but never seen.

Thanks to electronics, many of us returned to a way of life that vanished with the Industrial Revolution — working from home and ceasing our long, mind-numbing travels to and from work. To survive, entrepreneurs reinvented their business models overnight — outdoor dining, curbside pickup and endless deliveries. The economy’s rapid recovery is a testament to the genius of markets.

In healthcare — my field of study — the terrible has brought marvels along for the ride. Healthcare is a purposefully stodgy field, where change arrives slowly and faces great resistance. COVID-19 forced providers and patients alike to rethink the nature of care.

In 2020, the lethality of human interaction coincided almost precisely with the arrival of vastly improved telecommunications (especially wider bandwidth). These twin developments forced providers to treat patients via laptops and smartphones. Doctors who loathed the idea of telemedicine suddenly discovered that there was much to recommend virtual care.

The urgency led to changes in bureaucratic behavior (temporarily at least). As a result, vaccines are rolling out in record time. Shortages in medical professionals led us to scrap longstanding restrictions on providers in one state serving patients in other states.

In healthcare, the action of which kairos speaks was possible only because iron rules of regulation were swept aside. Time will tell whether these beneficial actions will have been fleeting or permanent.

Here’s hoping for a bit more chronos and a bit less kairos in 2021.