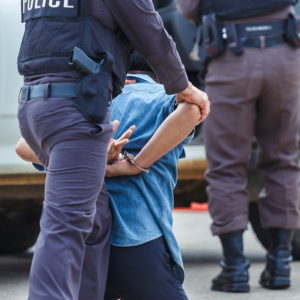 South Carolina police scored big on Interstate 85 during Operation Rolling Thunder, an annual campaign to pull over as many drivers as possible on the thinnest of pretexts.

During the four-day frenzy, officers stopped 1,275 motorists. Presumably, 26 of these people had something to hide. That’s how many arrests the operation produced. The other 98 percent of drivers had a negative South Carolina experience for no good reason. The most common excuses that officers used to interrupt people’s travel was following too closely to another vehicle and improper lane change.

Both infractions give police wide latitude to make judgement calls, so the statutes work well when law enforcement motives go beyond public safety. In the case of Rolling Thunder, the real target was cash. Interstate travelers tend to carry more than other types of drivers, so officers focused their efforts on the major corridor between Charlotte and Atlanta.

As things stand in South Carolina, the government can bankroll the entire haul through a process called civil forfeiture, even if they never file charges or prosecute anyone. Officers at the scene need barely more than a hunch that cash might be connected to a crime before they can seize it and keep it forever. They don’t have to prove anything in criminal court or even try.

Property owners who fight back are presumed guilty and must prove their innocence by a preponderance of the evidence. This is difficult under any circumstance, but especially with cash. Think about the money in your possession right now.

Once your grocer or bank teller hands it to you, it immediately becomes indistinguishable from other currency. The bills you carry look the same as anything in a drug dealer’s wallet, and probably carry similar traces of narcotics.

Police know this but don’t care. Once forfeiture occurs, they can keep up to 75 percent of the proceeds. Another 20 percent goes to prosecutors, who function as willing participants in the scheme. The remaining 5 percent goes to the state’s general fund.

The best part, as far as Sheriff Wright is concerned, is that South Carolina law earmarks the first $1,000 of any cash forfeiture for the agency that seized it. Law enforcement can spend these proceeds with little oversight, maintaining discretionary accounts they can use for all manner of one-off purchases that otherwise would not be approved in their budgets.

“Due process demands that government officials be committed to serving the public interest, not their own,” the brief states. “But South Carolina law requires that the lion’s share of forfeiture proceeds be committed to the very entities responsible for the seizing and forfeiting.”

That is wrong. Nobody in the United States should face unreasonable searches and seizures.

Fortunately, the South Carolina Supreme Court has an opportunity to curtail or even end civil forfeiture in the state. If it upholds the circuit court’s decision, it would strike a blow to money-making schemes like Operation Rolling Thunder.

That would be a good week for everyone.