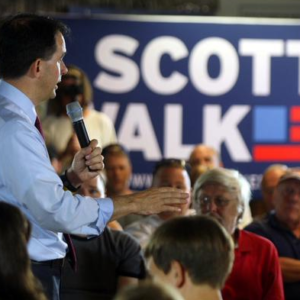 A lawyer detailed his case against Wisconsin prosecutors Wednesday for allegedly seizing emails from Republican Gov. Scott Walker’s office and other conservatives illegally.

Attorney Edward Greim is helping to represent dozens of individuals and groups involved including the MacIver Institute for Public Policy. Milwaukee District Attorney John Chisholm, a Democrat, and his office secretly collected emails from over a hundred people during a campaign finance investigation before the Wisconsin Supreme Court deemed the investigation illegal.

“Francis Schmitz, who was the special prosecutor, was ordered to send out about 159 notices to everybody who have had their emails or electronic communications seized,” Greim told InsideSources. “So for many people that was the first time they were notified that what they were reading about in the papers had actually affected them.”

Schmitz notified those that had their electronic communications seized in December of last year. Their information was gathered during an  investigation that lasted between 2012 and 2014. Some people became suspicious when prosecutors started issuing 150 search warrants and subpoenas.

“You can understand the theory. The problem was it wasn’t in the statute,” Greim said. “They wanted to make this a criminal matter and do it secretly and tag people for the first time under this theory.”

“Eventually some people learned what was going on because in October of 2013 they changed tactics and they went ahead and raided people’s homes and offices,” Greim said. “But once they did that everyone gets a search warrant.”

The MacIver Institute contests that it was primarily conservative groups and individuals that were targeted during the investigation. The institute, for instance, promotes free markets and other ideas typically associated with the right. Walker and his office were also among those being investigated by prosecutors.

Greim noted prosecutors might have information for many more individuals that they had not yet processed. He adds they showed no signs of stopping before their investigation was shutdown. Prosecutors even filed an appeal to overturn the decision which forced them to end the investigation.

Chisholm and his office did not respond to a request for comment by InsideSources.