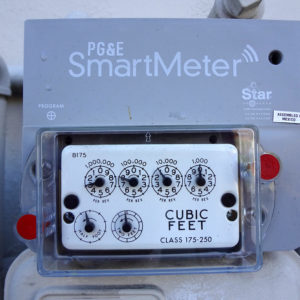 On July 16, the Berkeley, Calif., City Council voted unanimously to ban natural gas hookups in new buildings. Intended to halt the growth of natural gas usage, the move will force residents to power new homes and businesses entirely with energy drawn from the electric grid.

Natural gas is the largest single fuel source for U.S. electricity generation, accounting for 35 percent of electric power production, according to the EIA. Coal is next at 27 percent, followed by nuclear power at 19 percent.

The fuel’s popularity among consumers is prompting environmental activists to resort to force to fight its spread. In the Northeast, activists and local and state elected officials are trying to prevent people from choosing natural gas by limiting pipeline construction.

In California, they seek to forbid residents from hooking up to natural gas lines.

All of these efforts use the power of government to limit consumer access to natural gas. Still, they claim cost savings for consumers.

The sponsor of the Berkeley ordinance said it would save residents money because electric buildings are cheaper to operate — and because more regulations restricting natural gas usage will drive up its prices.

“If it’s really true that it costs less to operate a house or an apartment complex or a restaurant with no gas hookups, then the market would go that way anyway, said Marlo Lewis Jr., senior fellow at the Competitive Enterprise Institute. “If it’s such a great bargain, then why do we need to mandate it?”

Higher energy and home prices will hurt low-income Californians while having no meaningful impact on climate change, Lewis said.

“California already has the highest effective poverty rate in the country because of the cost of living. A significant part of that is the cost of housing, the cost of energy, and the cost of transportation. As a result, you have this very large homeless population. People can’t afford to rent.”

“Even if you accept the reality of a climate crisis, if the United States were to completely shut down tomorrow, it would reduce global temperatures by less than two-tenths of a degree by 2100. Berkeley is a drop in the drop of a very large bucket. If you’re trying to justify his as a climate policy, in cost-benefit terms there’s no case for it.”

Robert Bryce, a senior fellow at the Manhattan Institute, also said the climate impact of a local natural gas ordinance such as Berkeley’s would be negligible.

“What effect will this ban have on overall carbon dioxide emissions? I think the effect is going to be essentially zero.”

Other assumptions that guide such ordinances are problematic as well, he said.

“This assumes that renewables are going to step into the breach when the reality is that California’s electric grid is already reliant on natural gas. Rather than using natural gas directly for home heating and cooking, consumers will have to use it indirectly, which will be less efficient than direct use.

“Roughly two-thirds of the heat energy in any fuel is lost when it is converted into electricity. It’s more energy efficient to use the gas directly to run your dryer or your cooktop than it is to convert it first into electricity.”

Forcing everyone to draw all of their energy directly from the electric grid poses real risks as well, he added.

“By banning natural gas, Berkeley is saying all household energy consumption will have to be from electricity. Well, what happens when the electricity grid goes down? It makes the entire system more vulnerable to outages.”

Richard Meyer of the American Gas Association said the industry’s concern now is the spread of such ordinances.

“I think the real question now is, do we see this pop up elsewhere?”

In addition to raising energy prices, such bans would prevent people from accessing biofuels that can be transported through gas pipelines, such as renewable natural gas, Meyer said.

In Santa Monica and Los Angeles, buses are fueled by renewable natural gas.

In July, Oregon’s governor signed a bill that set voluntary goals to encourage the development and use of renewable natural gas.

“If you’re disallowing customers to have access to gas, those sorts of solutions are no longer on the table,” Meyer said.

Then there’s the increased energy demand that comes with hot and cold weather.

“On hot days, natural gas is powering most of the electricity in California,” Meyer said.

It is similar across the nation. Higher energy demand leads to higher natural gas usage.

That market-based meeting of supply and demand is what anti-gas regulations are trying to stop. Whether they succeed will depend on how persuasive activists are when arguing that consumers should be denied the ability to choose a cheap, reliable energy source.

Andrew Cline is president of the Josiah Bartlett Center for Public Policy, a free-market think tank in New Hampshire.