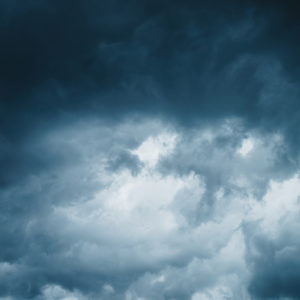 Alarmists are pointing their finger at climate change for the recent wildfires in Australia, claiming global warming is causing drought conditions that have facilitated the fires. However, data from the Australian Government Bureau of Meteorology show Australian rainfall has increased in recent years and decades. Droughts and wildfires may still occur — as they always have — but climate change appears to be making it more difficult for wildfire-friendly conditions to occur.

Although you wouldn’t know it from the numerous articles written about the wildfires, many of the recent Australian fires were actually set by arsonists and copycat thrill-seekers. In fact, Australian police have arrested more than 50 people for deliberately setting fires during recent months, including catching one person literally fanning the flames of a bush fire he had started. Further, Australian climate data show climate change is being unfairly blamed for the size and intensity of the fires.

The Australian Government Bureau of Meteorology meticulously keeps long-term records on rainfall throughout the continent. One BOM webpage, titled “Australian Climate Variability & Change — Trend Maps,” presents color-coded maps of how rainfall has increased or decreased throughout Australia over time. The maps reflect rainfall trends going all the way back to 1900.

If reporters and pundits were to use the maps to show trends since 1900, they would see that almost the entire Australian continent is colored green, indicating that there have been higher rainfall trends since 1900. Additionally, if they were to simply click on trends since 1940, 1980, or just about any other year, the map would once again be mostly colored green.

The worst framing of rainfall trends one can find appears by revealing trends since 1970, but even in this worst-framed scenario, half the continent has experienced increased rainfall.

Even in New South Wales, the southeastern state currently being hit hardest by wildfires, we can see that just about the entire region has seen an upward trend in rainfall during the recordkeeping period.

Rainfall records for the last 25 years are equally compelling.

It’s undeniable that 2019 has been a very dry year for Australia, but it is not credible to say climate change is causing this year’s drought when almost all other recent years have had average or above-average rainfall. For example, the BOM data show that as recently as 2016, almost all of Australia was wetter than normal.

If climate change can be blamed as a culprit for this one-year drought, then climate change must also be credited as the cause of recent above-average rainfall. Indeed, the BOM map shows three of the years with the most abundant, widespread rainfall in Australian history have occurred during this decade. By comparison, the 1920s and 1930s were much, much drier than what has occurred during the past 25 years. One can only imagine how much climate alarmism there would be if the naturally dry conditions of the 1920s and 1930s occurred again!

Droughts have, from time to time, occurred in Australia in the past, just as wetter-than-usual years have. But to really understand what’s happening, those fairly investigating the causes of the wildfires must consider the long-term trends, not rely only on one or two years’ worth of data. Those who carefully do this will see that climate change is not causing Australian wildfires, but rather it is likely that it has helped to keep them in check.

Tiffany Taylor is a policy analyst for The Heartland Institute. She wrote this for InsideSources.com.