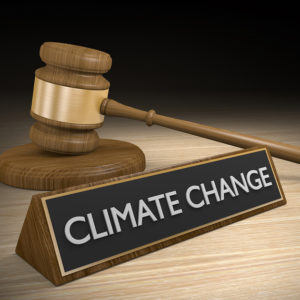 Climate change activists went to court in California recently trying to halt a long losing streak in their quest to punish energy companies for aiding and abetting the world’s consumption of fossil fuels.

A handful of California cities — big consumers of fossil fuels themselves — asked the U.S. Court of Appeals for the Ninth Circuit to reverse the predictable dismissal of their public nuisance lawsuit seeking to pin the entire blame for global warming on five energy producers: BP, Chevron, ConocoPhillips, ExxonMobil and Royal Dutch Shell.

The cities hope to soak the companies for billions of dollars of damages, which they claim they’ll use to build sea walls, better sewer systems and the like in anticipation of rising seas and extreme weather that might result from climate change.

But no plaintiff has ever succeeded in bringing a public nuisance lawsuit based on climate change.

To the contrary, these lawsuits are beginning to collapse like dominoes as courts remind the plaintiffs that it is the legislative and executive branches — not the judicial branch — that have the authority and expertise to determine climate policy.

Climate change activists should have gotten the message in 2011 when the Supreme Court ruled against eight states and other plaintiffs who brought nuisance claims for the greenhouse gas emissions produced by electric power plants.

The Court ruled unanimously in American Electric Power v. Connecticut that the federal Clean Air Act, under which such emissions are subject to EPA regulation, preempts such lawsuits.

The Justices emphasized that “Congress designated an expert agency, here, EPA … [that] is surely better equipped to do the job than individual district judges issuing ad hoc, case-by-case injunctions” and better able to weigh “the environmental benefit potentially achievable [against] our Nation’s energy needs and the possibility of economic disruption.”

The Court noted that this was true of “questions of national or international policy” in general, reminding us why the larger trend of misusing public nuisance lawsuits is a problem.

The California cities, led by Oakland and San Francisco, tried to get around this Supreme Court precedent by focusing on the international nature of the emissions at issue.

But that approach backfired in 2018 when federal district judge William Alsup concluded that a worldwide problem “deserves a solution on a more vast scale than can be supplied by a district judge or jury in a public nuisance case.” Alsup, a liberal Clinton appointee, noted that “Without [fossil] fuels, virtually all of our monumental progress would have been impossible.”

In July 2018, a federal judge in Manhattan tossed out a nearly identical lawsuit by New York City on the same grounds. The city is appealing.

Meanwhile, climate lawfare is also being waged against energy companies by Rhode Island and a number of municipal governments, including Baltimore. Like the other failed cases, these governments seek billions of dollars.

Adding to the string of defeats was the Ninth Circuit’s rejection last month of the so-called “children’s” climate suit, which took a somewhat different approach by pitting a bunch of child plaintiffs against the federal government.

The children alleged “psychological harms, others impairment to recreational interests, others exacerbated medical conditions, and others damage to property” and sought an injunction forcing the executive branch to phase out fossil fuel emissions.

Judge Andrew Hurwitz, an Obama appointee, wrote for the majority that “such relief is beyond our constitutional power.” The case for redress, he said, “must be presented to the political branches of government.”

Yet another creative, if disingenuous, litigation strategy was attempted by New York State’s attorney general, who sued ExxonMobil for allegedly deceiving investors about the impact of future climate change regulations on profits by keeping two sets of books.

That lawsuit went down in flames in December when a New York court ruled that the state failed to prove any “material misstatements” to investors.

All these lawsuits fail because they are grounded in politics, virtue signaling and — in most cases — the hope of collecting billions from energy producers, rather than in sound legal theories or a genuine strategy for fighting climate change.

But in the unlikely event these plaintiffs prevail, would they use their billion dollar windfalls to help society cope with global warming?

It’s unlikely if past history is any indication.

State and local governments that have won large damage awards in successful non-climate-related public nuisance lawsuits — tobacco litigation is the most famous example — have notoriously blown most of the money on spending binges unrelated to the original lawsuit or on backfilling irresponsible budget deficits.

The question of what would happen to the award money will likely remain academic. Even sympathetic judges have repeatedly refused to be roped by weak public nuisance or other contorted legal theories into addressing a national or international policy issue — climate change — that is clearly better left to elected officials.

Like anything built on an unsound foundation, these climate lawsuits will continue to collapse.

Curt Levey is a constitutional law attorney and president of the Committee for Justice, a nonprofit organization dedicated to preserving the rule of law.