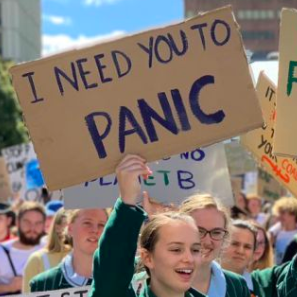 Climate change barely registers as a priority issue for most Americans who are more concerned about the economy and national security, according to new polling from the American Council for Capital Formation.

The poll, conducted by Morning Consult, also found that while most Americans distrust the federal government, Congress, and corporations to find effective solutions to climate change they do want to see bipartisan solutions.

“People do want to see Democrats and Republicans at the table,” said Pinar Çebi Wilber, chief economist for the council. “There has to be a balanced solution. You can’t just say we’re going to switch to 100 percent renewables in 10 years. It’s almost impossible to change the grid in that timeframe without hurting affordability for reliability.”

That could put a dent in Democrats’ plans, which primarily call for higher costs across the board to force a phase-out of fossil fuels.

“It’s hard to say to low-income people that you’re going to have to pay more to switch to 100 percent renewables,” Çebi Wilber said, adding that it’s shortsighted to exclude energy sources like natural gas and nuclear power from models.

Of the 2,198 adults polled from Sept. 13 to Sept. 15, 57 percent identified themselves as earning less than $50,000 per year. The largest age demographic are Boomers but Generation X and Millennials combined for more than half of the respondents.

In Maine, lawmakers tried to levy a carbon tax that would have increased taxes on gasoline and heating oil. According to the U.S. Energy Information Administration, nearly two-thirds of households in Maine use fuel oil as their primary home heating source. Petroleum accounts for half of all energy use in the state.

Energy In Depth, a research program of the Independent Petroleum Association of America, noted that, since 2005, natural gas has cut 50 percent more greenhouse gas emission in the U.S. than wind or solar combined. The new poll indicates that 70 percent of the country wants to continue using natural gas.

“These new rules will strengthen the safety of more than 500,000 miles of gas transmission and hazardous liquid pipelines across the country, which are essential to help keep prices low for consumers and drive our economy forward,” said Rep. Greg Walden and Rep. Fred Upton in a joint statement. The Energy Subcommittee approved the Safer Pipelines Act of 2019 by voice vote but the full committee has not yet taken it up. The pipeline program expires at the end of September.