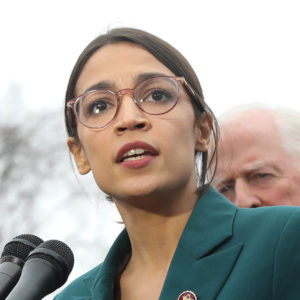 Americans need true cooperation among their elected leaders during the coronavirus outbreak, but many left-leaning politicians are trying to use this crisis as an opportunity to pass radical climate plans.

These proposals are not only unrelated to our current needs but also hurt the economy, especially crucial Democrat constituencies.

Presumptive Democrat presidential nominee Joe Biden recently said during a fundraiser, “COVID is shining a bright light on the structural racism that plagues our laws, our institutions and our culture. And it’s a wake-up call, a wake-up call to action to climate change overall and to climate justice.”

Woke leftists at a Biden fundraiser might believe this nonsense, but most Democrats know better. Progressives continue to support policies popular among activists but destructive to the average Democrat voter.

Prioritizing the opinions of elites over the working class is beginning to tear apart the Democrat party, as lifelong Democrats are moving toward President Trump and his support for cheap energy and American jobs.

With the economy struggling and 36 million Americans filing for unemployment because of the coronavirus, liberals are recklessly advocating policies plunging the economy into a deeper tailspin. For example, the Green New Deal (GND), which Biden calls a “crucial framework,” increases expenses by tens of thousands annually for an average American family.

Democrats should be reevaluating their costly proposals in this crisis. Instead, Rep. Alexandria Ocasio-Cortez, creator of the GND, is gloating about the massive decline in oil prices tweeting, “You absolutely love to see it. This along with record low-interest rates means it’s the right time for a worker-led, mass investment in green infrastructure to save our planet. *cough*”

Tweeting triumphantly about how the coronavirus is devastating companies supporting close to 10 million American jobs is tone deaf and shows AOC’s priorities.

Progressive disdain for middle America is dividing the Democrat party. Policy proposals like the GND are backfiring on Democrats, as their longtime constituents want to keep the lights on and their bills paid, even if they fail the climate change purity test.

Pennsylvania Lt. Governor John Fetterman, a Democrat who endorsed Bernie Sanders for president in 2016, expresses the concerns of many arguing that a fracking ban would wipe out income that families in the Keystone State depend on for their daily bread.

“In Pennsylvania, you’re talking hundreds of thousands of related jobs that would be — they would be unemployed overnight,” Mr. Fetterman told the New York Times.

Pittsburgh Mayor Bill Peduto echoed similar concerns about an all-out fracking ban. “If a candidate comes into this state and tries to sell that policy, they’re going to have a hard time winning,” he said.

Biden, no doubt for this very reason, has been noncommittal in his remarks about fossil fuels and how far he’s willing to go to appease die-hard green-energy enthusiasts. The presidential candidate in March walked a fine line and said he opposes “new fracking” or oil production.

With Sens. Bernie Sanders (D-Vt.) and Elizabeth Warren (D-Mass.) out of the running, however, Biden is facing renewed pressure to take more of an extreme stance on the issue of fossil fuels.

The chance that Biden may drift that way could be too great for most Americans, who are no doubt increasingly risk averse in these turbulent economic times.

As Jeff Nobers, a union leader in western Pennsylvania whose members rely on manufacturing jobs, says, he and those in his builders’ guild depend on the oil-and-gas industry for their livelihood.

Jobs are a scarce commodity right now and Americans in our current economic climate are going to want to stick with tried-and-true means of heating their homes and paying the bills in lieu of risky green-energy pipe dreams that will leave them and their families out in the cold.

Teri Christoph is the host of the Smart Girl Politics podcast and a longtime fundraising consultant.