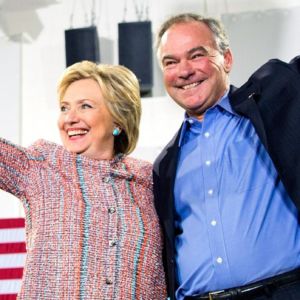 Clinton Leads Trump, But Race Tightens Ahead of Labor Day

Democratic nominee Hillary Clinton leads her Republican rival Donald Trump in the presidential campaign this Labor Day Weekend, but their dramatic race is tightening and set to intensify after the holiday.

Clinton is currently ahead by nearly five points nationally and expected to win 47.8 percent of the popular vote to Trump’s 43.1, according to the election forecasters at FiveThirtyEight. The former secretary of state also leads in all the traditional swing states, but in most cases her advantage is fewer than five points — evidence that the race isn’t over yet.

“I’ve often heard Democrats express a belief that Clinton’s position in the swing states will protect her in the Electoral College even if the race draws to a dead heat overall,” wrote FiveThirtyEight founder Nate Silver on Thursday. “But this is potentially mistaken. Although it’s plausible that Clinton’s superior field operation will eventually pay dividends, so far her swing state results have ebbed and flowed with her national numbers.”

The national numbers are looking better for Trump, too. “The Republican presidential nominee, who faced a mid-August deficit of nearly 8 points in the RealClearPolitics head-to-head polling average against Clinton, … has cut that lead nearly in half,” reported Business Insider.

Which isn’t to say he’s the favorite moving forward. “Trump has a much more daunting task,” Marist poll director Lee Miringoff said in an interview with InsideSources. “Obviously he has fewer pathways to 270 [Electoral College votes] than Clinton does.”

He also seems to continue making strategic mistakes. Before Trump delivered a major speech on immigration Wednesday, his campaign telegraphed the he would “pivot” to softer rhetoric, hoping to broaden his base of support. But when the moment came, the Republican did anything but, “doubling down” on building a massive wall on the Mexico border and granting “no amnesty” to those living in America illegally.

Larry Sabato, who directs the University of Virginia Center for Politics, told InsideSources he’s “extremely skeptical” about Trump’s path forward. “I think his former campaign manger said on CNN that he wanted to lock in the white male vote. I don’t buy the theory [of victory] that somehow Trump is going to generate a turnout to end all turnouts among white male voters.”

This speech is thrilling Trump-sters. But it isn't broadening his base in any way.

In declining to moderate his immigration stance, the Republican may also be acting against the will of his own core constituency. This was conservative columnist Byron York reporting on new Fox News polling in the Washington Examiner Friday: “The Fox findings suggest that if Trump were to actually soften his position on deportations, he would strengthen his standing not only with the independent voters whose support he is seeking, but with the voters whose support he already has.”

York observed that Trump has been talking about “softening” his deportation stance and, although his Wednesday speech was unclear, he appeared to endorse allowing some undocumented immigrants to stay in the country.

All of this will undoubtedly be discussed at the first presidential debate, scheduled for later this month, Sept. 26, at Hofstra University in Hempstead, New York. The non-partisan Commission on Presidential Debates announced Friday that “NBC Nightly News” anchor Lester Holt will moderate the forum.

With the unprecedented drama of Trump’s campaign, the debates are expected to be massive global media events, drawing record ratings. “It’ll be nothing like what we’ve seen before,” said Miringoff, the Marist pollster. “If it is, people are going to be disappointed.”