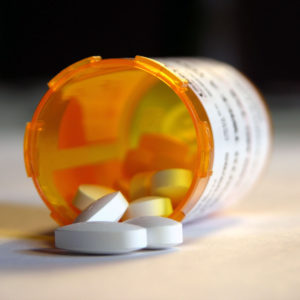 “Hillary Clinton’s Plan for Lowering Prescription Drug Costs” — a campaign briefing — is a blueprint for destroying our pharmaceutical industry. And it isn’t just drug companies that should be scared. The plan sets a precedent for destructive command and control in every part of the economy.

Citing ACA provisions that limit health insurance companies’ margins as a model, Clinton claims that because drug companies benefit from federally funded research and R&D incentives, they should not be allowed to reap “excessive profits” or spend “unreasonable amounts” on marketing, and should be required “to invest a sufficient amount” in R&D. I have no idea what level of drug company profits is “excessive,” what is “reasonable” to spend on marketing, or what is “sufficient” R&D investment. But I doubt government bureaucrats do either.

Two Clinton proposals — the importation of drugs from overseas and Medicare negotiation of drug prices — amount to price controls that will lower prices in the short-run but destroy drug development in the long-run, resulting in fewer choices for physicians and patients. Many countries’ governments set drug prices and ration coverage either by being the sole large drug purchaser or through regulation. Importing these countries’ cheaper drugs imports the shortcomings of their price control regimes. Allowing Medicare, as Clinton describes it, to “use its leverage [to] drive down drug and biologic prices” would be more akin to the government price setting that occurs overseas, rather than a negotiation. The over 55 million Medicare beneficiaries are older and sicker than the rest of the population and consume a disproportionate amount of all drugs used. As a result, Medicare would effectively dictate drug prices nationwide and decree which drugs would be available.

While companies benefit from federally financed discoveries, turning those findings into usable drugs is an expensive and risky private enterprise. Only one out of thousands of investigational compounds advances through the stages of R&D, preclinical animal testing and three phases of human clinical trials to become a marketed drug. The average cost to market per new drug is $2.6 billion. Only one in three is profitable and only one in ten becomes a blockbuster. Without temporary high prices in the U.S. market before generic competition, there will be less R&D, fewer new breakthrough drugs, fewer competitor drugs developed, and ultimately no lower priced generics to follow. European countries’ price controls imposed in the 1980s prove the point. In the mid-80s, European drug R&D was 24% higher than in the U.S. After price controls, European pharmaceutical R&D grew at half the U.S. rate and today substantially trails American R&D.

Clinton shortsightedly claims we can increase competition for biologic drugs by lowering the exclusivity period before follow-on biologics can be approved from 12 to 7 years. Biologics — complex molecules manufactured in living systems — are particularly difficult to develop and manufacture. The 12-year period was a compromise crafted by the Senate Health, Education, Labor and Pension (HELP) committee to preserve innovation. The committee’s 6/27/2007 press release quoted Clinton who was a HELP member at the time as saying, “With this committee’s action today, I am proud that we will both continue the creativity and innovation that is absolutely essential to our pharmaceutical industry and the lifesaving treatments and interventions they are able to provide for us….” Reducing the exclusivity period she previously lauded will diminish the willingness of companies to risk development costs and hamstring innovation.

Clinton also proposes eliminating “corporate write-offs for direct-to- consumer advertising [DTCA].”  She claims the tax deductibility of DTCA subsidizes commercial speech that increases costs by encouraging patients to ask for unnecessary, expensive medicines. But there is little evidence DTCA is harmful or drives up costs. Physicians do not fill prescriptions simply because a patient requests it. The GAO found that only 2-7% of patients who requested a prescription in response to DTCA received a prescription for it. And the FDA and others have reported that DTCA advertising increases patients’ awareness of disease conditions and new treatments and promotes dialogue with physicians. Clinton’s plan to establish mandatory FDA pre-clearance of DTC ads for accuracy and clarity to be funded by pharmaceutical company user fees is not objectionable.  But it is hard to imagine how the overstretched FDA could do it.

Finally, Clinton promises to convene an expert panel to determine how much drug companies should invest in R&D “and if they do not meet their targets, boost their investment or pay rebates to support basic research.” This, along with her determination to set prices and limit profits, should alarm technology executives. Their businesses rely on the internet which was built by government. Will bureaucrats have license to label Amazon or Facebook profits excessive? Will executives learn they spent “unreasonable amounts” on marketing and have to pay back taxes? Will government experts determine what is “sufficient” R&D spending? This won’t be limited to drug companies or internet beneficiaries. The Elizabeth Warren — “you didn’t build that” — crowd thinks government should dictate profits and spending for all private companies.

Joel Zinberg, M.D., J.D., F.A.C.S., a visiting scholar at the American Enterprise Institute, is a practicing surgeon at Mount Sinai Hospital and an associate clinical professor of surgery at the Icahn School of Medicine.