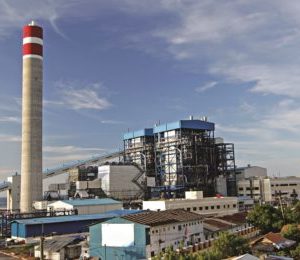 Coal FIRST: A DOE Plan to Save the Coal Industry Gets $100 Million Infusion

During the 2016 campaign, then-candidate Donald Trump vowed to preserve the coal industry and its workers’ jobs–one of the promises that helped him win big in coal country. But coal-fired power plants steadily closed after President Trump’s election and caught his administration in a dilemma between the high costs of carbon mitigation and low prices from other energy sources like natural gas.

The Department of Energy (DOE) has been researching ways to create coal plants that produced fewer emissions. The idea of “clean coal” facilities, however, faced resistance from environmentalists bent on reducing carbon emissions and increase renewables, as well as from producers of low-cost natural gas.

One thing became clear: Carbon-capture technologies were vital to the Trump administration and those members of Congress, mostly from coal-producing states, who aspired to maintain coal as an energy source. The problem is the technology to reduce carbon emissions is currently too costly for most utilities.

President Trump has struggled not to let down coal miners in states like West Virginia, Pennsylvania, Wyoming and Montana, but he’s had problems overcoming the substantial financial obstacles. DOE struggled for months to develop what it labeled coal plants of the future, but a solution was beyond its immediate reach.

DOE recognized that the old model of a grid based on large, centralized power plants was outdated. To take its place, the Energy Department envisions a modern, 21st-century grid model that relies on distributed energy resources, aka DERS, for reliability and resilience.

Flexibility is a key factor in the new grid because the Energy Department anticipates ever-increasing amounts of wind and solar to be in play.

DOE was determined to make the plan work. So earlier this month, it announced $100 million in investments for Coal FIRST.

“Coal is an abundant, affordable, resilient, and reliable energy source that, through innovation, will continue to be an important part of the U.S. portfolio for decades to come,” said Under Secretary of Energy Mark W. Menezes in announcing the investment.

“The Department’s Coal FIRST initiative is helping the Nation secure its domestic power supply by developing plants that are not only more reliable, resilient, efficient, and near-zero emissions, but that can adapt to the changing electrical grid,” he said.

To further evolve the Coal FIRST plan, DOE’s Office of Fossil Energy also announced 13 ventures worth $1.95 million as part of a request for proposal issued in December“for Conceptual Designs That Advance the Coal Plants of the Future.”

“Through research, development, pilot demonstrations, and commercial deployment, [the bill] will help accelerate innovation to lower emissions and extract economic value out of carbon dioxide,” Murkowski said in a statement.

The Carbon Capture Coalition commended the five senators that introduced the bill, calling the federal funding a “critical component of driving down costs to accelerate commercial deployment.” The coalition was formed to help recognize carbon capture’s full potential as a national energy, economic, and environmental strategy.

“We look forward to working with Congress to enact this urgently needed expansion of federal investment in carbon capture, utilization, storage and removal to bring down emissions, foster job creation and promote business opportunities in the management and beneficial use of carbon,” said Carbon Capture Coalition co-directors Jeff Bobeck and Brad Crabtree.

The proposition has not surprisingly drawn opposition from environmental groups.

“Building a new coal plant today is a bad idea, and building small, modular coal plants is an especially bad idea,” said John Walke, director of the Clean Air Project at the Natural Resources Defense Council. “They are still dirty, and the costs just don’t add up.”