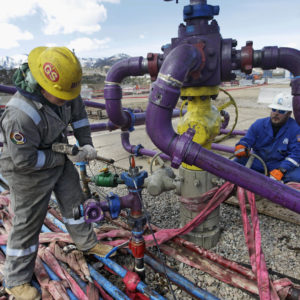 Divestment is moving inland. Over the last several years, cities on both coasts, including Seattle, Minneapolis, and San Francisco have discussed divesting their city funds from fossil fuels. Some California municipalities and the city of New York have gone even further, starting lawsuits against major energy companies, bringing forth a lawsuit against several major oil companies for global warming damages. Now, for the first time, the lawsuits have left the coast and reached the mountains. On Tuesday afternoon, Boulder, Colorado became the first landlocked city to sue over damages they allege are connected to global warming. Under the terms of the lawsuit, the city of Boulder, and the counties of Boulder and San Miguel are suing Suncor and Exxon Mobil.

The municipalities join nine other coastal governments in lawsuits against fossil fuel producers.

The lawsuit alleges that global warming has “already harmed” residents of Colorado and that these harms will only accelerate in the future. The lawsuit comes after strong pressure from a series of environmentalist groups, including 350.org, the Sierra Club, and Earth Guardians.

“[Suncor and Exxon] knowingly and substantially contributed to the climate crisis by producing, promoting and selling a substantial portion of the fossil fuels that are causing and exacerbating climate change, while concealing and misrepresenting the dangers associated with their intended use,” the plaintiffs argue in the suit.

Like California, Colorado is blessed with rich fossil fuel resources. Energy production employed more than 274,000 people in the state in 2016, leading to an overall economic impact of some $14.2 billion. Somewhat unusually, the state has exploitable resources not only in oil and natural gas, but also coal. According to statistics from the Energy Information Administration, while Colorado accounts for only 4 percent of the nation’s oil production, it has the sixth largest natural gas reserves and contains 11 of the 100 largest natural gas fields.

By contrast, the western portion of the state of New York has historically produced small amounts of natural gas, which has never been a significant part of the state’s economy.

The state’s energy industry has spoken out strongly against the lawsuit, as have area manufacturers.

“A number of courts, including the United States Supreme Court, already have dismissed prior cases making similar allegations, based on the fact Congress enacted the Clean Air Act to manage emissions that may impact our environment,” said Dan Haley, president and CEO of the Colorado Oil and Gas Association (COGA), calling the lawsuit “misguided” and “a political stunt.”

“It improperly seeks to have judges, rather than the appropriate regulatory oversight agencies, decide how much carbon dioxide a company emits,” he continued. “Oil and natural gas operators should not be subject to liability for doing nothing more than engaging in the act of commerce while adhering to our already stringent state and federal laws.”

The sentiment was echoed by Lindsey de la Torre, executive director of the Manufacturers’ Accountability Project, a program run by the National Association of Manufacturers.

“These baseless lawsuits do nothing to improve the environment and are a waste of taxpayer resources,” she said. “While manufacturers are working toward meaningful solutions and are reducing emissions, cities are wasting time suing them for making products Americans rely on for their everyday lives.”

The manufacturing sector accounted for $20.3 billion of Colorado’s real GDP in 2016 or just around 7 percent of the state’s GDP.

Appropriate regulation of Colorado’s energy industry has already been a source of controversy for the state government. In March, a bill that would have revised the mission statement of the Colorado Oil and Gas Conservation Commission died in a committee hearing. The bill failed largely on party lines, after having passed the state house with Democratic support. Had it become law, it would have made the protection of public health, safety and welfare the primary consideration for oil and gas development decisions. While these factors are currently considered as part of the decision process, the state considers responsible development to be its primary goal.

While the lawsuit has gotten strong support from environmental groups, including EarthRights, which is working pro bono on the case, its success is questionable at best. Other lawsuits against Exxon Mobile and other oil companies for global warming damages have become bogged down in legal minutia for years.