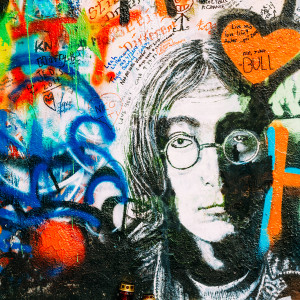 The Comically-Mismatched Marriage of Campaigns and Classic Rock

Franklin D. Roosevelt has a reasonable claim on having the best campaign song ever. The tune, not original to FDR’s team, but rolled out at the Democratic convention in 1932 has simplicity, purity of message and catchiness on its side. Still.

How far we have come from those times. A cheerful song from a less cynical age that doesn’t try to be more than it is. Happy days are here again. Because FDR. That concludes this message.

Rock songs aren’t nearly so forgiving to candidates of more recent vintage. Songwriters throw out a double entendre, black humor and sarcasm that is usually taken far too literally. Rock songs which were always intended to be transgressive — to stick it to the man, in the words of Jack Black in the musicomedy “School of Rock” — get treated like prose, not poetry.

So, campaign songs have ended up becoming painfully ironic, especially if the listener considers what the lyricist is saying. The first generation to grow up with rock, the Baby Boomers, walked into the trap. Non-Americans do it. And so does that spray-tanned candidate for the Republican presidential nomination.

These politicians remind me of the high school students in the late 1980s that dedicated “The One I Love” by REM to a love interest. Sure, it has a lovey-dovey message. In truth, it’s about using your partner for pleasures carnal or otherwise: “a simple prop/to occupy my time.” It drips with sarcasm.

That example underscores how difficult it is to control the message conveyed by a rock tune. REM didn’t write a love song. I suspect Bill Clinton, running for president in 1992, didn’t reckon with how Generation Xers like myself regarded his campaign theme, “Don’t Stop,” by Fleetwood Mac.

This Baby Boomer anthem is redolent of high-as-kites 1970s rock stars trying to channel the naive optimism of the 1960s and ending up face down in their own vomit. I once saw a Stevie Nicks impersonator whose faux-coke spoon was the size of a soup ladle; I doubt the real Stevie wants to revisit yesterday’s mistakes in full regalia.

In short, this song has a cheerful melody, but it reads like a lament. If I gained 50 pounds, had done enough blow to collapse my nasal passages and hardened my liver with a Amazon River of booze — and the band has collectively pulled off all those feats — I’d far prefer to think about the future. Yesterday and today are simply too painful.

“Angie,” by The Rolling Stones, is a song that proves it’s not only an American disease. Yes, German Chancellor Angela Merkel — whom no one, but no one, calls “Angie,” by the way — used this song at rallies during her ultimately successful run at the top job.

When the audience isn’t full of native English speakers, we have to give them a break. But in what world do these lyrics evoke the approval a politician seeks? “Angie, Angie, ain’t it time we said good-bye/With no loving in our souls and no money in our coats/You can’t say we’re satisfied.” And the melody of “Angie” is no excuse, Angie. It’s a dirge for a love affair that’s got no pizzazz left.

The best that can be said: the Stones song tracks Merkel’s own low-key, somewhat dreary personality, which obscures her talent for thumping opponents who confuse this demeanor with weakness. Merkel chews up preening, macho, glad-handing politicians the way Germans nosh on tasty sausage. Just ask Gerhard Schroeder, a braggard who has three ex-wives, and a very important ex-job thanks to Merkel: German chancellor.

And then we come to Trump, who apparently contracted with the Department of Unintentional Self-Parody for a campaign song, and got “Revolution,” by The Beatles.

In this tune, John Lennon mocks the poses of leaders who embrace simple solutions that will lead only to conflict, and calls out Chairman Mao, a pop icon of the Beatles-loving European left: “But when you talk about destruction/Don’t you know that you can count me out.”

The guy who sang “Give Peace a Chance” clearly cherishes idealism. But Lennon refuses to play the idiot; he wants to read the fine print: “You say you got a real solution/Well, you know/We’d all love to see the plan.” Where Trump’s policy positions aren’t insane, they are incomprehensible.

Beneath the thrashy guitars, “Revolution” reads like a rebuttal to Trump’s own chest-beating campaign slogan of “Make America Great Again.” Lennon has some advice for the person pitching the revolution:  “You’d better free your mind instead.” But that’s not The Donald’s way. He hears, but he does not listen.