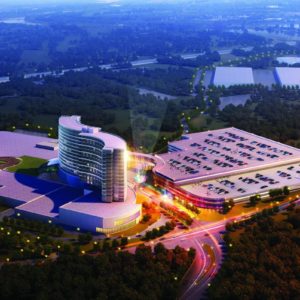 Coming Soon To A Community Near You: A Native American Casino?

An obscure bill being pushed through Congress by both Democrats and Republicans — and over the objections of President Trump — could make it easier for Native American tribes to obtain land for new casinos. Why should average Americans, most of whom live far from the nearest Indian reservation, care?

Ask Michelle Littlefield of Taunton, Massachusetts. Her home is more than 50 miles from the Mashpee Wampanoag tribal center on Cape Cod.  But if the tribe’s political allies, including Sen. Elizabeth Warren, get their way, Michelle and her suburban neighbors will be living in the shadow of the Mashpee’s 18-story resort casino, “plopped down in our community,” as Littlefield puts it.

“We’re a quiet, sleepy little neighborhood.  We came here to raise our kids. And now we have this massive resort that’s going to change our landscape forever,” she told InsideSources.

Littlefield can see the acres of cleared-out land—she and her neighbors call it the “moonscape”—where the $1 billion casino project was to be built. It was only stopped when Littlefield and her neighbors sued in federal court.  The court upheld a ruling from the Department of the Interior that the Mashpee tribe was not eligible for the land-in-trust program which would have allowed them access to property so far from their recognized reservation, but much closer to I-95 and the Boston/Providence gaming markets.

Two pieces of legislation are being pushed by casino backers. The first, H.R. 312, is specifically about the Mashpee Wampanoags and their casino project. Despite public opposition from President Trump, 47 Republicans joined the Democratic majority to send it on to the Senate.

The second bill, H.R. 375, is sometimes called the “clean Carcieri fix,” named after the Supreme Court’s Carcieri v. Salazar decision. The court ruled that the secretary of the interior could only take land into trust on behalf of tribes that were under federal jurisdiction in 1934, when the law allowing such actions, the Indian Reorganization Act, was passed.  The Mashpee tribe wasn’t recognized until 2007, and only after spending millions on lobbying and campaign contributions via infamous GOP lobbyist Jack Abramoff. He spent 43 months in jail for mail fraud and conspiracy for activities related to his work on behalf of Indian tribes.

“Allowing land purchased to be put into trust as a de facto reservation is not authorized by any Congressional statute,” argues Rep. Paul Gosar (R-Ariz.). “Passage of H.R. 375 opens up every acre in the United States to the possibility of sale for Indian gaming.  There will be no connection to historic lands.   Communities will have little or no say in the process.   And ultimately profitable Indian casinos today will suffer massive declines in revenue as an endless number of casinos could be built.”

Chairman of the House Natural Resources Committee Rep. ­­Raúl Grijalva (D-Ariz.)  wrote a “Dear Colleague” letter urging House members to pass the bill, saying “the uncertainty the Carcieri decision created is threatening tribal sovereignty, economic self-sufficiency and self-determination.” However, Grijalva and his allies have rejected compromise offers to extend the land-in-trust powers, but excluding land for casinos or gaming. This, opponents say, proves H.R. 375  has nothing to do with tribal sovereignty or self-determination, and everything to do with the revenues from gaming.

“Any Carcieri fix must address concerns about tribal gaming,” Sen. Dianne Feinstein (D-Calif.) told the Senate Indian Affairs Committee in 2016 when a similar effort was being debated.

“The purpose of these moves is clear. Tribes want to open casinos near major urban areas to increase their profits. And the effect of major off-reservation casinos I think is undeniable,” Feinstein said.

This is the reason why H.R. 375 is known as the “clean” fix for the Carcieri ruling. It would give every tribe the chance to do what the Mashpees are trying to do. It would also allow tribes to do “reservation shopping,” acquiring land that is favorable to new gaming facilities, separate from considerations of the tribe’s history or the desires of the local communities.

Feinstein and others are willing to extend the land-in-trust authority of the secretary of the interior, but not if it means more situations like Michelle Littleton’s neighborhood in Taunton.  But that appears to be the motive behind this movement.

Take the case of the Sault Ste. Marie Tribe of Chippewa Indians. The tribe’s home is in Michigan’s Upper Peninsula, but the land-in-trust they want for their two proposed casino projects is in Lansing, 287 miles away; and the Detroit suburb of Huron Charter Township, 356 miles away.

Now extend that example to the 573 tribes currently recognized in the United States, with another 60 or so recognized at the state level and hundreds more tribal groups who could seek recognition, from the Noo-Wha-Ha Band of Washington State to Florida’s Everglades Miccosukee Tribe.

(One such tribe, the self-declared “Una Nation” of Oregon founded by a former actor, offered Sen. Warren membership earlier this year.)

Overturning the Carcieri ruling would not automatically give tribes the power to claim land and build casinos. They would still have to follow an application process. But it would almost certainly increase the number of casinos built far from traditional tribal lands.

“It’s not just that a casino is coming into your neighborhood,” says Littleton. “It’s the complete loss of local control, too.

“If it were a commercial business regulated by the state and local government, it wouldn’t be so bad,” Littleton says.  “I know my state rep. I know the mayor. These are people we can talk to, who represent us and can have some say in what happens.

“When the land suddenly got handed to the tribe, we were blindsided.  The idea that an entity can just come into your neighborhood that doesn’t obey your same laws, like a foreign power? That concept is so alien to most Americans that we can’t wrap our heads around it.”

H.R. 312, the Mashpee casino bill, has been put on the Senate calendar by Sen. Ed Markey (D-Mass.).  President Trump has publicly stated his opposition, calling it “a special interest casino Bill, backed by Elizabeth (Pocahontas) Warren.”