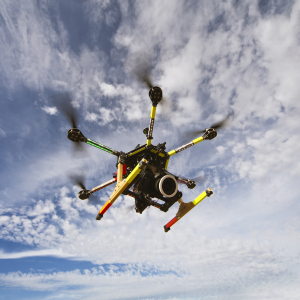 News broke last week that the Federal Aviation Administration (FAA) would allow the use of drones on movie sets.  Although this is a useful first step, much broader action is needed. In August, it emerged that Google’s secret drone program is currently being tested in Australia, and earlier this year, there were reports that Amazon would begin testing its much-anticipated delivery drones in Indian skies. Unfortunately, cutting-edge drone pioneers will continue to go abroad and the United States will keep losing jobs in research and development to other countries because the U.S. government has an outdated, onerous ban on commercial drones as well as additional restrictions that impede the development of experimental aircraft. To address this problem before the FAA finalizes its commercial drone rules next year, the government should reverse its current policy and allow companies to test drone technologies on private land.

The FAA is the federal agency charged by Congress in the 2012 FAA Modernization and Reform Act to create commercial drone rules. Ahead of releasing its proposed rulemaking, the agency has banned commercial drones, unless a company petitions the FAA for an exemption. While its timeline for deciding these rules was set to be complete by September 2015, the agency’s inspector general has said it will miss that deadline, and earlier this month an FAA official said there is no way to know when it will be reached. FAA exemptions for testing are also extremely rare. To date, the agency has only given them out to a handful of companies, such as Sempra Energy, which will test its drone’s abilities to inspect electric and gas lines in remote areas. With no certainty surrounding a timeline, limited access to exemptions, and a dithering pace for setting its rules, the FAA is slowing innovation.

Furthermore, companies interested in pursuing commercial drone research are not allowed to test their experimental aircraft—secret, proprietary technology—until they first get permission from the FAA to test their drones in a FAA-run government testing site. These rules bar Amazon from testing its inventions on private land, even if the company buys land far from any populations or other aircraft. Instead it must use FAA testing facilities, which only exist in six states. By using these public facilities, companies are forced to demonstrate their private technologies, which is like forcing the California-based Tesla to test is prototype cars under government supervision at a public park in Virginia.

These overbearing rules have pushed U.S. companies to move their drone research and development projects to more permissive nations, such as Australia, where Google chose to test its drones. Australia’s Civil Aviation Safety Authority , the agency in charge of commercial drones, offers a great example of unrestrictive regulations. While it has not yet finalized its drone laws, it still allows companies and citizens to test and use these technologies under certain rules. Instead of forcing companies to reveal their technologies at government test sites, it allows them to test outdoors if they receive an operator’s certificate and submit their test area for approval. Australia’s more permissive nature shows how a country can allow innovation to thrive while simultaneously examining it for potential safety concerns.

This situation brings to mind the medical device sector, which has seen numerous companies leave the United States because of the Food and Drug Administration’s (FDA) unpredictable process and regulatory scrutiny. The FDA’s process takes an average of 31 months from first communication to being cleared to market a low-risk device, compared to an average of 7 months in Europe. These delays cost companies more than $500,000 per month and result in many companies moving their clinical trials and product launches to Europe. One example is Biosensors International, which shut down its U.S. operations in 2011, deciding instead to spend research money in China, Brazil, India, and Europe. The FAA apparently has not learned any lessons from its federal cousin.

Like medical devices, commercial drones have massive economic potential. The Association of Unmanned Vehicle Systems, an advocacy group for drones, predicts the drone industry will create more than 100,000 jobs and generate $82 billion in revenue in the next 10 years, but only after domestic rules are finalized. The time to act is now. To keep these investments, jobs, and innovations in the United States, the FAA should both permit more companies to test their drone services and allow them to test private technologies on private land where safety concerns are minimal. Just as Google was allowed to test its driverless cars on its own campus before seeking state approval for offsite testing, it should also be allowed to buy land far away from major population centers to privately test its drone technologies. These delivery drone services are almost at our doorstep (literally) and they are ready to soar, if the FAA will only allow our visionaries the opportunity to get them right.

Alan McQuinn is a senior policy analyst at the Information Technology and Innovation Foundation.