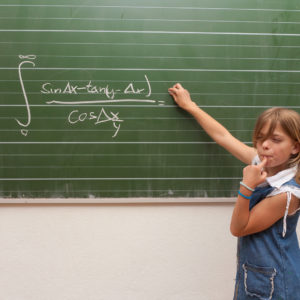 The public’s response to nearly identical survey questions about education policy varied widely based on whether the term “Common Core” was included, according to results from a newly released poll.

At their heart, the Common Core State Standards are a framework of achievement benchmarks that students are expected to hit every year as they progress through the K-12 school system and into college. While states have long had their own standards, the widespread adoption of the Common Core in 2010 was significant because it made the expectations for students more rigorous (in most cases) while also standardizing those expectations across state lines.

When asked whether they supported using a national set of reading and math standards to hold schools accountable, 61 percent of the public said they supported the idea, 19 percent neither supported nor opposed, and 20 percent were opposed. When the group leading the survey, Education Next, asked the same question but also used the “Common Core” label to describe the national standards, only 41 percent of the public supported their use. Meanwhile, the percentage that opposed the standards jumped to 38 percent on the second question.

Education Next is a right-leaning education policy journal published in partnership between Stanford University’s Hoover Institution and the Harvard Kennedy School. The group’s survey is conducted every year, allowing researchers to measure changes in education attitudes over time. The poll also breaks down results according to the respondent’s various ideological or demographic characteristics. Education Next surveyed 4,214 adults, oversampling teachers, Hispanics, and parents with school-aged children.

According to an accompanying essay to the survey, the researchers agree that “opposition to the Common Core partly reflects a tainted brand name rather than antagonism to the concept of national standards.”

It is unsurprising therefore, that a number of states, including New York and Kentucky, have opted for nominal “repeals” of the Common Core. A closer look in both instances, as well as in other states, shows that the substance of the Common Core is remaining in place, despite the rhetoric accompanying the moves. To date, the only state that has done a true comprehensive repeal of the Common Core standards is Oklahoma.

Part of the difficult politics of the Common Core State Standards has to do with the Obama administration’s support for them. Originally, the standards were developed by a coterie of education advocacy groups led by the National Governors Association and the Council of Chief State School Officers. In 2010, the Obama administration made adoption of the standards a requisite for eligibility for billions in educational grants through the Race To The Top program. The rush to the Common Core that followed was met with grassroots backlash from parents and teachers upset that their local school districts were being coerced into taking their education policy cues from Washington.

Though some on the left opposed, and still oppose, the Common Core, the objections were even stronger among Republicans. Even now, when the label Common Core is included in the survey question, 51 percent of Republicans oppose its use, according to the survey. However, when the term is dropped, Republicans are actually more supportive of a national set of rigorous standards being used to evaluate schools than Democrats are.

One group of respondents was notably not thrown off by the changes in wording between the Common Core questions. Teachers remained evenly split on whether reading and math standards should be nationalized and used to evaluate schools, regardless of whether the Common Core label is included.