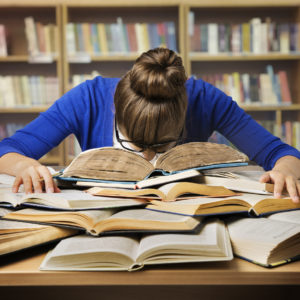 A nationally representative survey of school district leaders released Wednesday points to gains from testing and strong support for high standards, but the study still shows the need for increased parent and teacher buy-in.

According to the findings, roughly half of district officials agreed that the new Core-aligned assessments in 2015 did a better job of measuring key skills than the tests they had previously used. About 40 percent said it was still too early to tell.

The study, issued by the Center on Education Policy (CEP), an independent nonprofit organization that advocates for public schools, gauged the reactions of superintendents and high-ranking district officials in the wake of the first full year of Common Core assessment implementation.

While the national standards movement that drove the widespread adoption of Common Core picked up steam in the late 2000’s and early 2010’s, the first full year of mandatory assessments for many states was in 2015, according to the CEP.

Sixty percent of district leaders said that most district officials they worked with supported the standards, while another 29 percent said support was mixed.

In open-ended responses about the usefulness of the tests, many administrators expressed frustration at the amount of time it took to get feedback from the assessments. A large majority of district leaders also reported that they did not feel their views are taken into consideration in state or federal policy-making.

The report suggests that some of the problems predicted to plague the exams’ rollout might have been overblown. The study found limited disruption caused by opt-out movements among parents refusing to let their children sit for the tests and only isolated technology problems resulting from the digital-based assessments.

On the other hand, the survey findings showed that many educators think students spend too much time taking tests. Sixty-three percent of officials said that state-mandated assessments should be reduced, while 22 percent argued they should be eliminated.

Though there are still areas where changes will be made, “Common Core raised the bar,” said Diane Stark Rentner, a lead author of the report and a deputy director at the CEP.

In an interview with InsideSources, Rentner explained that despite a grassroots backlash against Common Core that has pushed some states to repeal the standards, in most cases, those repeal efforts are more about tinkering at the edges than a return to earlier standards systems.

In most states “it appears that the overall majority of content is still Common Core.”

Rentner also said that the report’s findings that stakeholders don’t feel that their views are being taken seriously helps explain why states have pushed for nominal repeals and creating their own assessments since the standards were adopted.

“It’s a logical reaction,” she said, though she argued that the ability to compare school performance across states could be lost in the trade-off of allowing states to customize their standards and assessments.

Whether states tweak their standards or their assessment regimes under the increased freedom of the Every Student Succeeds Act, the main point Rentner stresses is that in almost all states, standards are more rigorous than they were 20 years ago, something she called “a great victory.”

Lindsey Burke at the conservative Heritage Foundation has been outspoken in her opposition to the Common Core. While there may be some support among administrators Burke underscored perceived malcontent among teachers and parents.

Burke said the debate is a “quintessentially kitchen table issue,” and the way the standards were implemented—by top down cash incentives from the Obama education department—made everyday parents feel like they didn’t have a choice in what their children were learning in schools. The development of the standards was initiated by state governments, and the Every Student Succeeds Act now forbids federal involvement in the adoption of standards.

Burke urged states to readopt their pre-Common Core standards, and strengthen them by picking and choosing from successful ingredients used in other states.

“The water is warm” for states that want to go back, she said, particularly now that states are no longer beholden to “bean-counters” in Washington.

Furthermore she argued that the results of the National Assessment of Education Progress (NAEP), which is administered to a cross-section of students nationally by the federal education department, should be enough to compare student achievement across states.

Despite the study’s finding that most district officials used feedback from the assessments to revise their curriculum or instructional strategies, Burke said that the focus on improving test scores “comes at the expense of innovation in other areas”

Burke believes that with more freedom, districts would move to higher tech adaptable tests that provide instant feedback for teachers. Some districts are already moving toward ed-tech powered personalized learning in their day-to-day instruction.

Concerns over rigid testing regimes are not new. Under ESSA, Congress appropriated over $377 million in Title I part B dollars that would go toward allowing states to explore innovative assessment models.

While some states have flirted with the idea of innovative testing, such as giving students periodic “formative” tests throughout the year and collapsing the results to glean a “summative” score by the end of the year, no state has ever implemented such a policy at scale.

In an interview, Catherine Brown, at the liberal Center for American Progress, disagreed with many of the criticisms Burke articulated.

Brown, who supports Common Core along with the PARCC and Smarter Balanced testing consortia, called the standards movement “a long term play” and that the education system “will continue to reap rewards for years to come.”

Brown also opposes state efforts to readopt their previous standards and earlier assessments, most of which she said are less rigorous.

She said that the infrastructure for the new standards is still being installed. College teacher preparation programs are still getting used to the standards and professional development programs are in continuous evolution, she said.

Brown expects that many of the Common Core’s benefits will be seen once a new generation of educators taught under the standards graduate college and start teaching them to younger students.

She expects the results from surveys, like the CEP study released today, will gradually show stronger support from all stakeholders in the future.

Brown also disagreed with Burke’s argument that the NAEP is sufficient for comparing student achievement across different regions of the country.

While the NAEP is a useful tool, she argued that the Common Core-aligned tests that are administered to nearly every student offer the valuable chance to break out results by demographic subgroups and the ability to compare individual schools across districts and states.

Much of the political opposition to Common Core, including from the new administration, is “uninformed,” she said.

The Common Core lays out a set of high-level concepts that students should know as they progress through primary and secondary school, said Brown.

“There is a huge amount of room for innovation as you execute lessons.”