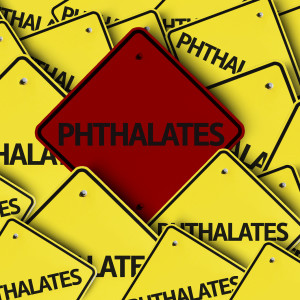 It’s the fourth quarter with under two minutes remaining in the activist-driven campaign against a widely-used plasticizer, diisononyl phthalates (DINP). Yet despite the chemical’s overwhelming and well-established safety record, the outcome of a final regulatory determination by the Consumer Product Safety Commission (CPSC) remains in doubt.

Earlier, the CPSC fumbled, developing a draft rule to permanently ban the chemical in children’s toys and child care articles. I challenged that call because it was based on outdated exposure data. In comments to the commission, I wrote that the “report failed to take today’s lower exposure levels into account, instead relying on data that was not only old, but no longer relevant given the bans of more potent phthalates. A cumulative assessment based on exposure levels we know to be no-longer accurate renders the Chronic Hazard Advisory Panel (CHAP) report irrelevant when considering cumulative exposures.”

To its credit, the CPSC instructed the staff to do an additional review of more recent (and thus accurate) exposure data as part of the public comment process.

After further review, the latest and most up-to-date data analysis compiled by the staff confirmed that cumulative risk from the combined phthalates fell well within established safety thresholds and limits. The data supports earlier reviews that confirm DINP is safe when used as intended.

So why isn’t it “game over” for the ban-campaign? Because it appears the CPSC might believe the rules of scientific analysis should be as flexible as phthalate-containing plastics, bending to support an ideological conclusion, regardless of the rigid facts and established safety thresholds.

In the case of the CPSC’s anticipated phthalate rule, when looking at current exposures, the only analysis that could conceivably justify a ban of DINP would be based on a very small percentage of individuals who had transient high exposures. That approach would only be defensible if short-term exposure was considered harmful, but it’s not. The CPSC is charged with reviewing chronic exposure to phthalates, so it makes sense that regulations should be based on long-term exposure.

The federal data reviewed by the CPSC and staff produced through the Centers for Disease Control National Health and Nutrition Examination Survey (NHANES) provide a snapshot of chemical exposure to a random survey of the U.S. population. The samples were collected only once for each subject, and may have reflected exposure caused through relatively regular events, or may have reflected special events that may have caused a subject to have much higher levels of exposure.

In the case of phthalates, levels change at a rapid pace, even hourly, because they do not stay in the human system for long. In order to make sure that we are both safe and have access to useful products, agencies should take regulatory action based on relevant data that reflects actual risks.

Regulating based on a one-time snapshot of the highest individual exposure levels would be like   measuring fans’ beer consumption during halftime at a Patriots game and concluding that those levels constitute all New Englanders’ normal beer consumption throughout the year. Obviously, those numbers would be over-inflated.

Restricting a chemical based on what could be an anomaly would be an unprecedented violation of standard regulatory science and would upend the science-driven nature of chemical regulation. Doing so would put hundreds of safe and useful chemicals at risk of being deemed unsafe without scientific basis – opening the door for less safe alternatives.

The dictionary defines chronic as “persisting for a long time or constantly recurring”, and that is the basis on which the CPSC must regulate chronic exposure to chemicals if the concern is a chronic effect, as is the case for phthalates. Yet language in the CPSC’s reanalysis document suggests it might consider taking regulatory action on the basis of the highest levels of one-time individual exposure.

Consumers would be left with fewer well-tested products, and if history is a guide, more expensive, less effective products without a long-established safety record would rush to fill the void. This would be good for activists who rely on a cycle of chemical scares, but bad for consumers.

There’s a reason CPSC was charged with finding a “reasonable certainty of no harm,” in order to determine the safety of phthalates like DINP and phthalate alternatives. If the standard were “Absolutely no risk, based on even the most precautionary and unrealistic models looking at the highest brief levels of exposure,” the agency would be busy banning just about every consumer product, from pianos to pigskins.  Instead, they should apply some common sense when making their phthalates regulatory determination.

Jeff Stier is a Senior Fellow at the National Center for Public Policy Research in Washington, D.C., and heads its Risk Analysis Division.