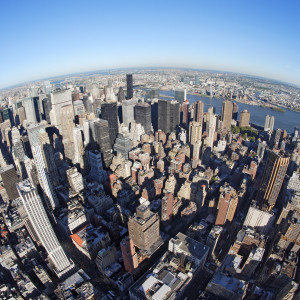 Conservatives and government planning mix about as well as oil and water. Although most on the right would admit that governments, particularly at the local level, have a role to play in building roads, sidewalks, sewers, and other public works projects, they are wary about attempting to use policy to attempt to shape how people live. In part, this is a reaction to unsuccessful urban renewal programs,  such as those that cleared out “slums” only to replace them with large high rise housing projects that soon presented problems of their own. However, several right-leaning groups, including the American Conservative Magazine and the R Street Institute have made conservative urban planning a focus in the hopes of creating cities where people want to live.

“As conservatives I think we are called to try to work out how families can thrive in more dense urban environments perhaps with only one car or with fewer suburban amenities. How can we make this a more reasonable choice?” asked Lewis McCrary, executive editor of the American Conservative. As editor, McCrary helped start an urban initiative program, which hopes to begin a dialogue among conservatives on issues of urban design and public planning.

When many Americans consider the cities and towns that they find particularly beautiful, they might think of Art Deco buildings in downtown Chicago or old Victorian houses trimmed in painted gingerbread. Many of these traditional styles of both building construction and urban design made cities and towns of the past great places to live, says Jonathan Coppage, a visiting senior fellow in urban planning at the R Street Institute.

Since these building were constructed, lifestyles have changed. People have moved, first from urban cores into the suburbs, and now, from cities in the North and Midwest to the Sun Belt. Today, many downtown residents are young, unmarried professionals more interested in the nightlife scene than the state of the local schools.

All of this has effects on the sorts of communities found in today’s urban areas. At the same time, people retain a desire for many of the amenities of a traditional American city, things like green space and walkability. This offers conservatives an opportunity to suggest new urban planning approaches that focus on revitalizing neighborhoods and restoring a sense of urban community. Often, this push comes from residents, not city planners.

“In a lot of cities, particularly in my part of the country, we are seeing what I would call ‘the end of big,’ where we realize that big corporations, big government, big plans and government aren’t going to save us,” says Jason Segedy, director of planning and urban development in Akron, Ohio.

For Akron, and many other cities in the Rust Belt, the top-down urban renewal plans that had hoped to revitalize the area have failed. In many areas, new casinos, stadiums, and convention centers were not sufficient on their own to bring back neighborhoods that were suffering from a lack of economic opportunity and wilting from a feeling that they were buildings without community.

“The idea that there is this silver bullet to save your city is wrong,” said Segedy. “The idea that: step 1 you build a convention center, step two is a question mark, and step three is success, doesn’t work.”

At the same time, he rejects the argument that cities ought to resign themselves to shrinking. Instead, he wants to focus on what his area has to offer. Akron and other small cities offer convenience, affordable housing, and a safe place to raise a family. Still, work remains to be done to undo misguided reforms of an earlier era, such as making less used roads narrower to free up space for bikes and pedestrians.

Akron’s is just one example of the risks of urban design done poorly. When an area does not well match the needs of the surrounding population, it quickly becomes an inconvenience slated for demolition. Rather than using urban planning to try to change the way that individuals choose to live, these thinkers argue that instead, urban planners should consider what draws people in to new areas–things like sidewalks and parks.

This is not to say that change is easy. Even the decision to add one bike lane can spark heated discussions. At the same time, they are fundamental to the task of shaping cities into communities. This conservative discussion speaks to a more traditional, but also more middle-American type of city. Cities like San Francisco and Washington, D.C., where jobs drew young, single, educated workers into urban areas, are a historical anomaly. It didn’t need to come about this way.

“The internet was predicted to be a measure to promote decentralization. Instead, internet-enabled companies are pushing workers into new company towns and knowledge workers are continuing to self-separate,” said Ross Douhat, a columnist for the New York Times.

For conservatives, revitalizing urban areas is more than just a question of urban planning. For Coppage, it is a transformative action.

“This is an act of civilization,” he says, “taking a place where no one lives and making it a place were people want to live.”