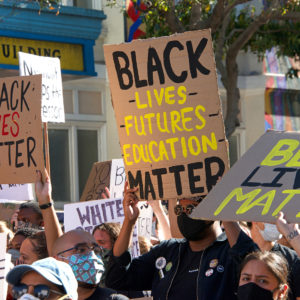 WASHINGTON ― The mayhem on the streets of some American cities may be more shocking to foreign TV watchers than to Americans.

No other nation would permit such nonsense to go on for days on end. Where else would duly elected metropolitan mayors defend the troublemakers as merely exercising their constitutional rights?

Oh sure, the right to protest, as enshrined in the American Constitution, may be more highly prized in the United States than in many other countries.

Urban protest American-style, though, turns to violence that goes on and on with the blessing of significant, maybe predominant, sectors of the ruling elite, meaning members of Congress, state governors and lesser lights, all to the delight of prestigious news organizations.

President Trump and his henchmen, they say, are to blame for sending in “storm troopers” and “the Gestapo” for bullying poor people.

The way federal forces from the Department of Homeland Security and other agencies have sought to defend federal buildings in Portland, Seattle and elsewhere invites comparisons to South Korea.

During the Candlelit Revolution of 2016 that brought about the downfall of Park Geun-hye’s presidency, tens of thousands of police swarmed all over central Seoul and other cities. The hundreds of thousands of demonstrators who turned out almost nightly were loud and boisterous but proud to be peaceful.

They posed no threat to stores and shops, many of which stayed open. Similarly, the same police made sure that the rightists waving American and South Korean flags, protesting the presidency of Moon Jae-in after the “snap election” of May 2017, stayed in line.

No, Korean protesters were not always so disciplined. I remember very well the demonstrations during the late 1980s. The death of a student leader after having been arrested and tortured was critical in precipitating the movement that reached a crescendo in June 1987.

Huge crowds engulfed central Seoul, forcing President Chun Doo-hwan to agree to a “democracy Constitution” and presidential elections every five years. Even so, another student died after being hit in the head by a tear-gas grenade.

Nor did the protests stop with the election of Chun’s military sidekick, Roh Tae-woo, as president in December 1987. I saw students throwing Molotov cocktails at rows of armored policemen before the Seoul Summer Olympics in September 1988. Tear gas hung heavy in the air, forcing demonstrators and onlookers like me to look for cover.

I, however, did not see protesters in Korea engage in looting. There were no instances of mobs breaking into stores, hammering open ATM machines, ripping off everything in sight, notably drugs and liquor. Nor do I recall any assaults on courthouses. Certain political figures, whatever their sympathies and aspirations, were not seen nodding approvingly as demonstrators declared entire areas as “free zones.”

The violence in American cities was fueled initially by a single incident, the killing in Minneapolis of George Floyd by a rogue policeman who clamped a knee on his neck for more than eight minutes as he said, “I can’t breathe,” and then, dying, pleaded for his mother.

Now, as more episodes of police killings have surfaced, the words “Defund the Police” are a battle cry. Rising crime rates in cities torn apart by violence underscore the need for disciplined, highly trained police men and women everywhere. Cops have become targets in a movement that will have been a success only if it results in police reforms.

Some commentators, though, are saying that Trump loves the protests, that they will garner him votes in the November election. Trump is sure to profit, so they say, while millions of Americans recoil at the violence they see on TV and computer screens and the assaults against law officers, whether from local police departments or federal agencies.

That’s a pretty facile conspiracy theory that doesn’t have that much truth in it. Like it or not, the federal government has to take charge if politicians, eager to enhance their popularity and dead set against Trump, cynically support protests that turn violent and destructive.

Not just hundreds but thousands of police reinforcements will need to be deployed.

As in Korea, the job of the police should be to stop violence, vandalism, and mindless attacks on property and institutions.

Maybe Americans should look to the Korean example for lessons in the ability of an overwhelming police presence to keep the peace without repressing the right of people to gather by the thousands in often quite loud political protest.