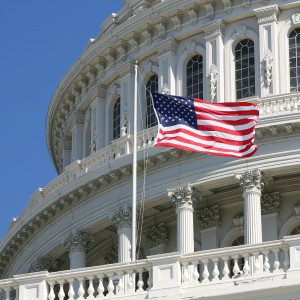 As Republicans continue to debate the best path forward for replacing the Affordable Care Act, either in full or part, they should keep in mind one of medicine’s longstanding principles: Don’t just treat the symptoms, treat the disease.

For this patient, the American health care system, the “disease” that ails us has been identified differently by a variety of organizations, politicians and researchers. For some, including Sen. Bernie Sanders of Vermont, the root cause of all the United States’ health care problems is the allegedly greedy health insurance companies. Only a single-payer system, they say, can fix our health care crisis.

Others believe government-induced mandates and market distortions are to blame. These free-marketeers, currently led by Republicans such as Sens. Rand Paul of Kentucky and Ted Cruz of Texas, want to liberate the health care industry by allowing insurers to sell policies across state lines and empowering consumers with generous health savings accounts, which would be funded with tax credits and by letting consumers contribute as much of their own money as they want (tax-free).

Regardless of where you stand in the debate on health care, everyone can agree on one thing: Almost no one is going to end up with a system they actually want. In order to pass anything on Capitol Hill, compromise is needed, and the current situation is no different. Republicans may control Congress and the White House, but they don’t have enough votes in the Senate to end a Democrat-led filibuster, which means unless they change the Senate rules, it’s unlikely anything will pass without a compromise.

Compromise, however, is not the spectacular virtue so many Americans think it is. Sure, compromise sounds nice, but all it really means is no one gets what they want. Although politicians and pundits in Washington aren’t currently saying it, this problem is the real disease afflicting the health care system. Instead of seeing the strong reforms needed, Americans end up getting stuck with watered-down health care bills full of goodies for special-interest groups and few benefits for working families.

Most people assume such a system is the only way forward, an unfortunate but necessary consequence of the American “democratic” way. However, such a claim, while commonly espoused, is utterly absurd. The Founding Fathers created the Constitution with very specific enumerated powers in mind for the federal government. Most issues, including health care, were always intended to be problems for the individual states to address on their own. It wasn’t until the 20th century the federal government, first under President Woodrow Wilson, began to radically shift power away from the states toward the national government.

A return to a state-centered approach would allow states to adopt totally different approaches to health care reform, with the best ideas eventually becoming adopted by their fellow states — once proven to be effective. If you live in a state where the vast majority of the people want some sort of a single-payer system, the people of that state should be allowed to pursue that path, regardless of how disastrous I and many others believe that course would be. If another state wants a completely free-market approach, let the state have the opportunity to prove the merits of such a system. Many states would likely create some sort of a mix of the two ideologies, especially at first.

Such a system could work only if states must eventually fund their own programs, but if more responsibility were to shift to the states, the federal government could cut their taxes and regulatory costs, allowing states to raise their own taxes without taxpayers having to pay more.

Government should be a reflection of the desires of the people, but because of compromise, that is often no longer the case. When we compromise, we all lose. Let’s take advantage of America’s greatest strengths — its diversity and liberty — by allowing each state to pursue its own course, finally settling the health care debate once and for all.