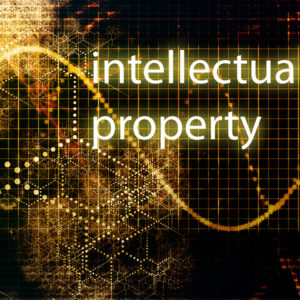 Some in Congress seem willing to sacrifice the private property rights that drive the discovery and development of life-changing inventions. They’re backing a destructive weapon that’s all too commonly used by nations from India to Canada: compulsory licensing.

The Medicare Negotiation and Competitive Licensing Act includes a provision that should make every American’s blood run cold. It requires the government to demand a compulsory license of patents or proprietary data, even during periods of patent or data exclusivity.

That is, intellectual property would no longer guarantee patent owners exclusive rights to the hard-won, high-risk/high-reward fruits of their labor and investment.

The bill’s compulsory licensing scheme overflows at every turn with government power to encroach on private companies’ intellectual property rights. It requires the government to substitute its decision-making power for free enterprise and fair dealings.

Government intervention in the market is never a good idea. And it’s antithetical to property rights.

This proposal happens to come in the context of drug pricing — one of the issues du jour of Politics 2018-19.  But the proffered model won’t end with pharmaceuticals.

Politicians advocating socialist policies will apply this compulsory licensing model to other sectors that rely on billions of dollars of sunk costs up front and making them up on the handful of inventions that are commercially viable.

This proposal willfully ignores that researchers discover or inventors create a new, useful product, process or material by bearing the risk and finding the financing on the front end.

It’s a fact of the inventing life that there’ll be lots of trial and error. The more sophisticated the science and engineering involved, the more complex, higher value and expensive the end product.

If and when inventors come up with something with the right combination, they’re rewarded with a “deed” to the newly created private property. That patent secures exclusive rights over the property — a genetic diagnostic test, an immunotherapy, a new heart implant, a semiconductor.

What’s supposed to be a guaranteed period of exclusivity, this compulsory licensing proposal turns into an empty promise.

This bill gives the government authority to order a compulsory license to go to a competitor. That is, biopharma innovators whose products are covered by Medicare Advantage plans or Part D no longer would have the right to exclude others from their patent-protected products.

Any “reasonable compensation” the government approves the licensee-competitor to pay is guaranteed to be less than a market-based licensing negotiation would strike. If the innovator, having the ability to exclude others’ use of its patents and data, can walk away, then a fair licensing fee can be reached. As it is, the legislation puts the government’s thumb on the scale for licensees.

This puts seriously heavy-handed leverage in the hands of the government. This compulsory licensing scheme runs directly counter to the property rights foundation that incentivizes and enables research and development of new cures and new, better therapies, including cutting-edge genomic treatments and diagnostics.

The legislation’s proponents seek to import what Ronald Reagan’s Presidential Commission on Industrial Competitiveness called a “serious debate about whether ‘ownership rights’ exist at all, or whether the real principle underlying intellectual property rights is that knowledge is part of the common property of all mankind.”

You can’t have it both ways. Compulsory licensing and intellectual property exclusivity rights are incompatible.

Misguided lawmakers should ask themselves: If the government can hold a private company or inventor over a barrel for price negotiations, snatch away its constitutional property right to exclude others from using its invention and proprietary data if the government doesn’t like the negotiations’ outcome, hand competitors a license to start competing against the innovator before exclusivity has expired, and force it to accept whatever the government deems “reasonable compensation,” will this incentivize more or less invention and investment in the affected sector?

The Medicare Negotiation and Competitive Licensing Act, with its compulsory licensing of both pharmaceutical patents and proprietary data, will scare off investors from this R&D-centered, risk-and-reward sector.

There will be fewer new medicines developed, offered through Medicare and improving the health and lengthening the lives of seniors. That’s not even to mention the harm to private property rights.

Quite a high price for society to pay just so some politicians can harangue for political points.