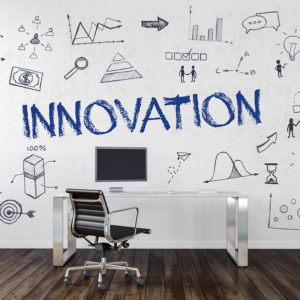 Confusion Can Make for Good Politics, but Bad Economics

With the clock ticking down on Congress’ legislative calendar before the midterm election season begins, sponsors of the American Innovation and Choice Online Act (AICOA) are left with a problem. As leadership seeks to wrangle the needed 60 votes in the Senate, even the measure’s putative backers appear confused about precisely what it would, or would not, do.

Sen. Ted Cruz, R-Texas, says he supports the legislation because it will limit Big Tech’s ability to censor, or deplatform, Republican-friendly users. Sen. Ron Wyden, D-Ore., has expressed reservations about the bill for precisely the same reason. Sen. Amy Klobuchar, D-Minn., the bill’s primary sponsor, insists that it will do no such thing. But she’s also been reluctant to add explicit language that would either affirm Cruz’s interpretation or assuage Wyden’s fears.

Vague and equivocal language can sometimes make for good politics, although it remains unclear whether that is the case here. It is clear that legislation with such fundamental uncertainties will make it harder for companies to operate and innovate, making their services worse for consumers.

The bill would make it illegal for large technology firms like Google, Apple, Amazon, Microsoft and Facebook to “self-preference.” Self-preferencing is when a company gives some kind of advantage to one of its own products. When you search “nearby restaurants” on Google and see a Google Maps box at the top, that is self-preferencing. Under AICOA, this behavior would likely be illegal and subject Google to massive fines of 10 percent of its U.S. revenues.

I say likely because no one knows what will be illegal if the bill becomes law. As the American Bar Association’s Antitrust Law Section put it in a recent letter to Congress, the bill’s prohibitions “are vague and fact-specific, preventing advance prediction of what conduct is protected and what conduct is prohibited.” The uncertainty here runs deeper than usual, so supporters can have different readings of what it would do, specifically around content moderation.

Content moderation may seem unrelated to self-preferencing, but several of the bill’s Republican supporters point to the fact that it makes it illegal for companies to “discriminate in the application or enforcement of the terms of service of the covered platform among similarly situated business users.” Did Amazon Web Services apply different terms of service when it removed Parler, the social-networking service associated with Donald Trump supporters, but kept Twitter on its cloud services? Whether or not the courts would ultimately agree, a future Republican administration could pursue a court case to deter Amazon from doing such a thing again, even if the company might eventually win.

Rep. David Cicilline, D-R.I., the lead sponsor of the bill’s companion legislation in the House, has deemed Republican supporters’ framing of the content-moderation issue “completely false.” Others aren’t so certain. The LGBT Technology Institute has expressed concern that the “ability of tech companies to moderate hateful and extremist content and remove toxic services is extremely important to LGBTQ+ individuals.”

In politics, such disagreements tend to play out at the level of abstraction. But businesses need to make objective decisions. Risk-averse firms will seek to avoid outsized negative outcomes in the face of uncertainty. Even if corporate counsel doesn’t think the bill prohibits removing racist and homophobic content from a company’s platform, how many companies would be willing to risk tens of billions of dollars on that proposition?

Content moderation isn’t the only area where the bill’s ambiguity will scare companies. Would it make Amazon Prime illegal since it gives priority shipping to specific products, including Amazon-branded products? What happens when Apple comes up with a new way to integrate its different products, like building Facetime into a future Apple Watch? Each piece of ambiguity raises the cost of doing business for these companies and lowers their incentive to try new products.

To some of the legislation’s supporters, the fact that it would make it harder for Big Tech to do business may be a feature, not a bug. Unfortunately, the economic effect doesn’t stop smacking down Big Tech and its shareholders. The cost will ultimately fall on consumers in the form of higher prices, lower quality or fewer innovative products.

Brian Albrecht is the chief economist of the International Center for Law & Economics. He wrote this for InsideSources.com.