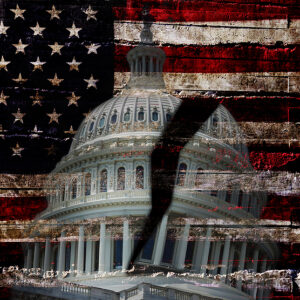 Congress Can Break Through Polarization; Here’s How

In recent times, policymaking has had a bad reputation. It’s often the last place we think of for collaboration and finding common ground. But it doesn’t have to be that way. Examples of successful policymaking in the past can serve as lessons for how we advance solutions and find common ground in the future.

Of course, polarization has been increasing, both among our citizens and in the halls of Congress. Studies show that public views of issues polarize when they are told a policy is supported or opposed by the other party. We are easily convinced of a particular policy’s merits — or lack thereof — not by the substance but merely by knowing whether the party on the other side of the aisle is in support or opposition.

But, again, it doesn’t have to be this way. Americans generally have viewed finding common ground as a priority and want to see progress.

So, what are the ingredients to policymaking that garner widespread support?

Several examples over the last 20 years can illustrate the actions that lead to success — from the overwhelming bipartisan support of the No Child Left Behind Act in 2002 to the backing that a program like the President’s Emergency Plan for AIDS Relief (PEPFAR) has seen over four presidencies.

The first ingredient for success is agenda-setting. Public attention needs to be raised on an issue so that the topic is seen as a priority. This often happens proactively by a policymaker in a leadership position. President George W. Bush made education reform the significant domestic priority of his run for the White House in 2000.

Other times it’s the result of a tragedy or crisis. Bush proposed PEPFAR at a time when the rate of AIDS infection, particularly in Africa, was leading to debilitating suffering and death. Recent gun legislation that made it to President Biden’s desk is an example where the tragic shootings in Uvalde, Texas, and Buffalo, N.Y., spurred Congress to act after a long period of inaction.

The second necessity is a strong communications message and a coalition of support. Those two elements help an issue gain momentum. It’s particularly important to set an inclusive, optimistic tone if you want to gain support from both political parties.

In the case of the No Child Left Behind Act, the name of the law was also the policy; people understood the goal by virtue of the name.

For NCLB, these principles included annual state assessments of student achievement, the reporting of those test results by such categories as race and gender, and the goal that all students would be on grade level in reading and math within 12 years. There would be consequences for schools not meeting their targets.

Both parties were generally on board with those goals, although differences in approach had to be worked out. Democrats pushed for a significant increase in funds; that was made clear early in the process, and Republicans knew they would have to commit to increased spending.

I’d argue there are several reasons we haven’t seen progress. The coalition supporting immigration reform will need to get stronger and louder. The issue gets too politicized and is consistently used as a wedge issue in elections; it will require a president to expend significant capital.

The immigration principles of the two parties also are currently too far apart to get enough support and momentum. The most realistic next step is for a smaller bill tackling just some components of immigration reform to gain momentum.

Policymaking is a balancing act and requires tenacity. It takes vision, strategy, coordination, and the ability to give and take. That’s especially true when working across party lines to find common ground. Let’s hope that it’s not a dying art.