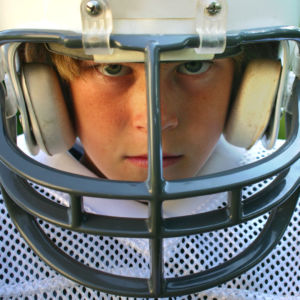 Congress continued to confront growing national concern over head injuries in sports on Friday, with one expert advocating for “a federal effort” to examine how these traumas affect young children.

Colorado School of Public Health professor Dawn Comstock, whose pioneering research on high school player injuries earned praise from President Barack Obama at a 2014 White House summit on concussions, told the House it’s “a travesty” that there’s no data on athletes at the middle school level or below.

She testified before the Oversight and Investigations Subcommittee of the Energy and Commerce Committee, which held an initial roundtable on concussions in March. That was when NFL executive Jeff Miller made headlines for admitting “a link between football and the brain disease CTE for the first time,” as the Associated Press reported.

On Friday, Comstock’s lamenting the lack of data was echoed by other witnesses, including Dr. Andrew Gregory of the USA Football Medical Advisory Committee and Kevin Margarucci, who manages player safety for USA Hockey.

Purdue University professor Thomas Talavage said new helmets can be developed to better guard against head injuries, along with recommendations for when players should sit out practices and games.

For his part, Terry O’Neal, founder of the advocacy group Practice Like Pros, went further, arguing that children should play flag football exclusively before entering high school. Asked for examples of professional athletes who refrained from tackling through middle school, he rattled off a list of NFL stars: “Tom Brady, Eli Manning, Peyton Manning.” He added that there are other ways for middle schoolers to prepare for the contact sport, citing weight training, neck-strengthening exercises and wearing pads that mimic high school uniforms.

An underlying issue raised by Rep. Yvette Clarke, a New York Democrat, is what President Obama referred to as the “suck it up” culture in sports — pressure to play while injured or avoid reporting and treating injuries at all. On this subject, Dartmouth College’s head football coach Buddy Teevens said coaches need to do more.

He said, “A lot of people teach what they were taught as players,” but added, “Unless we change the way we coach the game, we won’t have a game to coach.”

Polling last year showed a growing worry among Americans about concussions in sports, and the Will Smith film “Concussion” thrust the issue further into the cultural spotlight at Christmastime.

Some of the most poignant testimony on Friday came from two mothers who lost children to football head injuries.

“Parents need to be told the truth,” Zegel said: “the human brain is much more fragile than we ever imagined.”

Speaking through tears, she added that “gifted and promising young children like Patrick all over this land are winning battles on the sports fields but sadly losing their chances for a happy, healthy, productive future.”