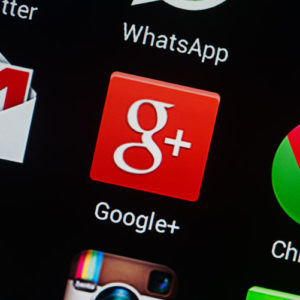 Congress is ‘Fed Up’ With Big Tech, But Antitrust Action May Be Impossible

Senators want the Federal Trade Commission (FTC) to “assess” whether big tech companies including Google, Facebook and Amazon are committing anti-trust violations — but economists say the established interpretation of antitrust laws could make a viable legal case against these companies almost impossible.

The Senate Commerce Subcommittee on Consumer Protection, Product Safety and Data Security discussed the issue at length with the FTC at its oversight hearing Tuesday, where ranking member Sen. Richard Blumenthal (D-Conn.) accused the FTC of failing to protect consumers from Big Tech.

FTC Commissioner Rohit Chopra — a Democrat — told the committee he thinks fining and breaking up tech companies may not be enough to deter malpractice, like lax data security and privacy violation.

“While big penalties made for good headlines, I question whether they truly deterred lawbreaking,” Chopra said, comparing Big Tech to the finance industry after the Great Recession:  “Too many executives evaded responsibility and even got a bonus for their skillful dealing with the government. Even after they made settlements, we continued to fight fire after fire.”

Chopra also agreed with Blumenthal that there is a serious monopoly problem within Silicon Valley that may merit an antitrust investigation.

“If you talk to investors, many will tell you that they’re not going to fund a start up unless they can figure out how to sell that company to an existing large incumbent like Google or Facebook,” he said. “That makes me question, do we really have an innovative and competitive market?”

But economists say it isn’t so simple.

In an article for Yale Review published a year ago, Lina Kahn, a legal fellow at Yale specializing in competition law, wrote that current interpretation of antitrust laws “focuses exclusively on consumer welfare.”

Kahn argues this is a “mistake” because this definition of competition only focuses on the short-term, allows monopolies to develop and limits consumer choice and consumer freedom.

In other words, current antitrust law assumes that if prices for goods and services are falling, then that can only be a good thing — even if falling prices are accompanied by market consolidation and fewer choices for consumers.

Instead, “antitrust law and competition policy should promote, not welfare, but competitive markets.”

Big tech companies like Google and Facebook, which offer their services for free, and Amazon, which sells goods for exceptionally low prices, don’t fit the right profile for antitrust litigation — even though they may be considered monopolies in their respective industries.

Because market power is defined in terms of price-setting, he said, “Facebook may not be an antitrust problem.”

“Facebook got to its size because it was pretty good at what it was doing, which was providing all kinds of connectivity for individuals who really liked that connectivity,” White added. “Under current interpretation of antitrust laws, no one thinks that case could be won (to break up Facebook or Google). Even if you could break them up, five years later there will be one big social media company [again] just because people will be gravitating to where all their friends hang out. Facebook has other things, like the Cambridge Analytica scandal, and that is a problem, but not an antitrust problem.”

In order to bring antitrust litigation against these tech companies, then, the definition of competition and market power must change. But White thinks that isn’t likely.

“I think it’s impossible to come up with antitrust policies to deal with tech companies,” he said.